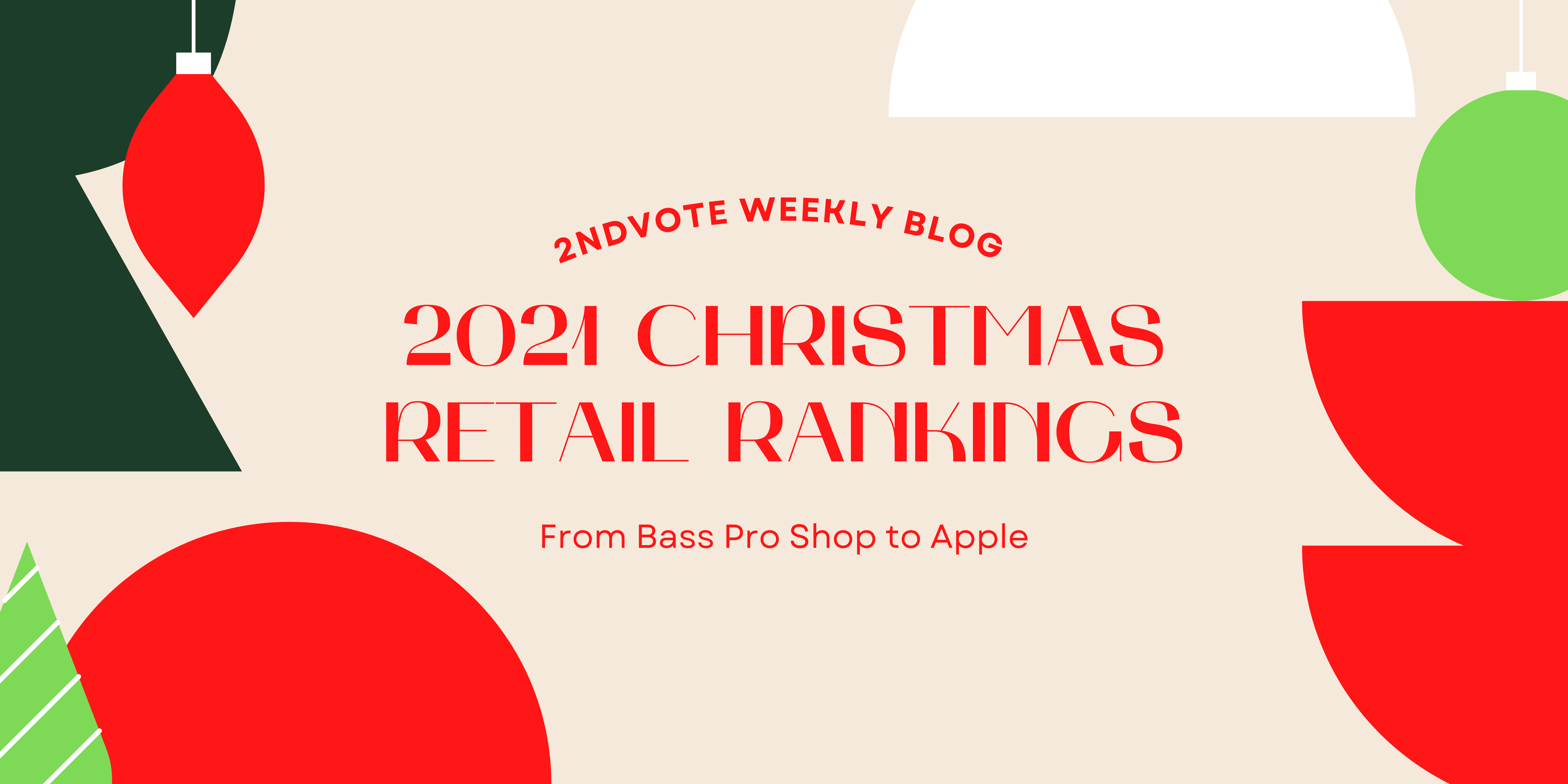 Posted at 18:21h in Basic Freedoms, Issues, News by 2ndVote

Americans will spend over $800 on gifts for friends, family, and the poor this Christmas. Most of that spending will happen with retailers like Amazon (1.62), Barnes & Noble (2.80), and Lego (3.05) – companies which range from moderately conservative to distinctly liberal.

We don’t want your Christmas shopping to turn into coal because you spent money with retailers who don’t share your values. The best blanket, toy, or beauty product can’t overcome spending your second vote with companies that oppose your Basic Freedoms, support sanctuary cities, and want babies killed in the womb.

We’ve ranked 27 companies so you know how to best spend your money. Four of the companies are slightly conservative. Six are unabashedly liberal. And the rest range from slightly liberal to moderately against your values. We know it’s important to you to avoid major retailers like Walmart (1.67), Target (2.31), and Amazon…but boycotts won’t make America great again, and they certainly won’t put your money in the hands of those who support your values. This is why we’ve provided such a broad range of companies, so you can make the best decision for your money.

Here are nine of the companies, and why we do — or don’t —  recommend them for your second vote values.

Bass Pro Shop (3.33) is neutral in all areas except the 2nd Amendment. They absolutely, unabashedly support your right to buy, own, and use firearms.

Lego Store (3.05) is one of our favorite kid stores because they don’t engage in unhealthy politics while providing legacy fun. They support STEM programs and environmental stewardship, making them a responsible corporation that understands the difference between standing with customers and stabbing customers in the back with their own money.

Best Buy (2.00) is the technology guru’s home for Christmas gifts. Unfortunately, the company financially supports abortion, pushes climate alarmism, and wants your Basic Freedoms revoked when it comes to understanding human sexuality. Turn the lights out on Best Buy this Christmas.

GameStop (2.67) is where gamers go to…game? We appreciate their generally neutral stance on politics, but you should know that they meet the Human Rights Campaign’s definition of a fully supportive company. This means that instead of having true, Christian support for people with same-sex attractions and gender confusion, GameStop has decided to put politics ahead of employee free speech. We rank them a 2.67 – almost neutral, but not quite there.

T.J. Maxx (2.67) deals are legendary. However, also legendary is the company’s support for Pride parades and a LGBT group that specializes in pushing government policies to crack down on Basic Freedoms in the workplace. We rank them a 2.67 – almost neutral, but not quite there.

Bed Bath & Beyond (2.93) is a great company to help you sleep and feel refreshed. We dinged them for pulling a contract with MyPillow over the 2020 elections, but other than that they have put customers first. Keep them top of mind compared to many of the other companies in our list.

Sephora (1.83) is a French company which unfortunately takes an un-American view of Basic Freedoms, life, and other issues. They donate to several top left-of-center foundations which themselves support Common Core, cap-and-trade, the abortion industry, and crackdowns on workplace speech. We rank them a 1.83 – a company to avoid, for sure.

Walmart (1.67) has the nation’s best prices, but not the nation’s best values. They support abortion, but don’t support your Basic Freedoms like speech and religious liberty. Always say no to Walmart when you can.

Apple (1.00) is another company which looks great on the outside, but is corrupt in the middle. They jump to tear down Basic Freedoms in the U.S. while doing business in Iran. Avoid them like the plague they are.

There are over 1,000 companies in 2ndVote’s rankings; these are just the ones most likely to see massive revenue leading up to Christmas. The sad irony is that most of these corporations don’t have room for Christ in their warehouses – so it’s up to us to change that. It starts by putting your money where it belongs: with companies that put customers first.

We hope this helps you shop your values. Let us know which 3.00+ companies you choose to shop with this holiday season!