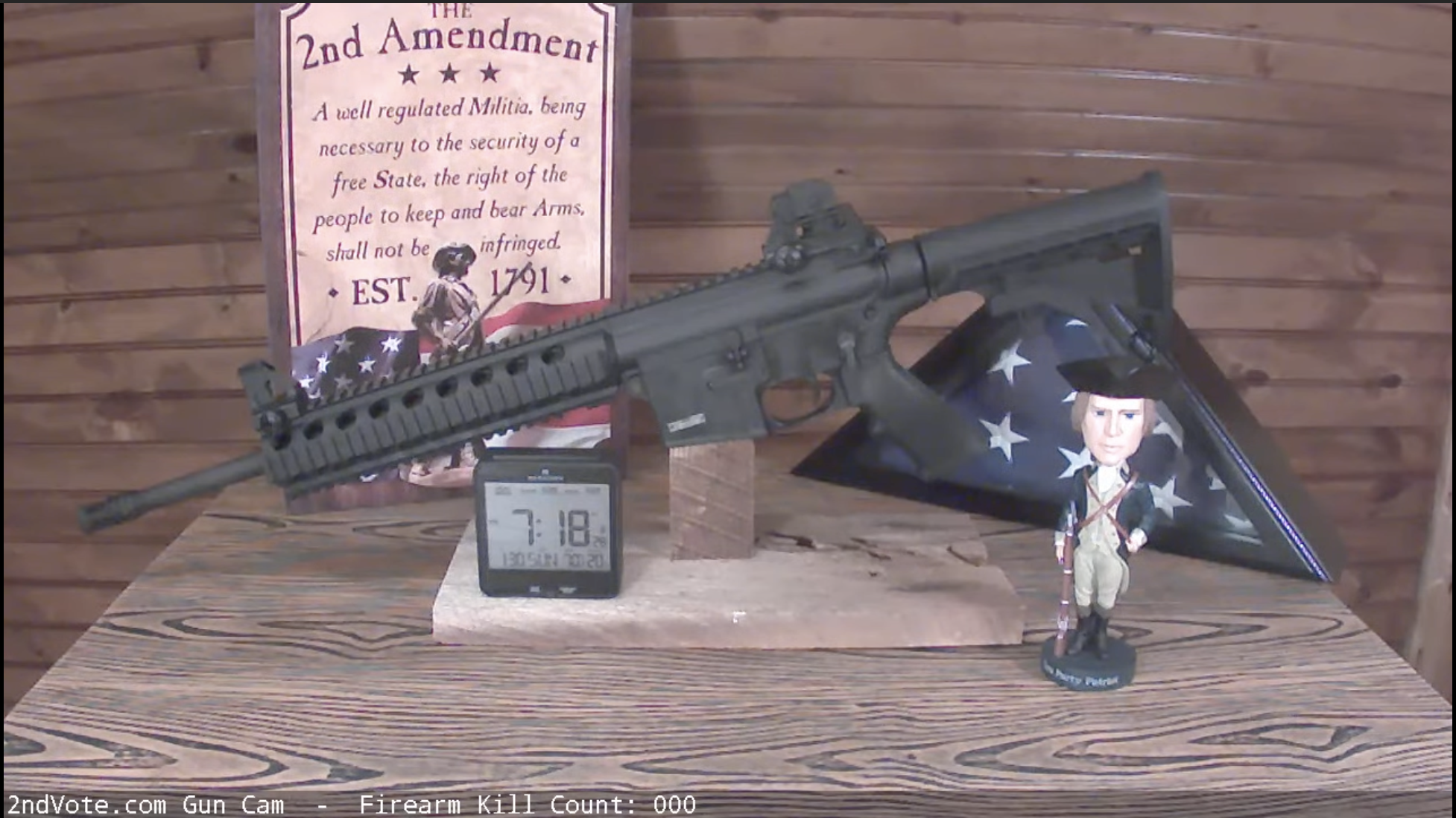 We’ve heard them all; the plethora of arguments against firearms and the second amendment are false and uninformed.

“Guns are the issue.”

“Guns should only be used by individuals over the age of 21.”

“Certain guns should be banned completely.”

Have you ever heard any of these arguments and just wanted to roll your eyes? Even the President of the United States has added to the long list of lies about firearms and the second amendment, after also saying that American patriots’ AR-15’s were not enough to stop his fighter jets and nuclear weapons. These anti-gun claims come from people who are lying, ignorant, or both.

These arguments are the very reason why we at 2ndVote decided to start live streaming an AR-15 three years ago. Over the last three years – starting February 1, 2019, we have proven that the gun itself is not the issue. 2ndVote founder Dr. David Black says he has spent literally hours over these past three years making sure this gun understood what America is all about, that we have come together to celebrate what we have in common, as opposed to our weaknesses and differences. The scary black military-style assault rifle has not argued, disagreed, or threatened Dr Black or his staff even once.

We are proud to report the 2ndVote AR-15 shown in the Gun Cam live stream has not:

Unfortunately, the AR-15 shown in the Gun Cam has also refused to clean itself (either field dressing or simple dusting) so we take care of that. So we must ask again…are guns really the issue? Of course not.

We hope the gun cam proves the theory that a gun is not the issue, but simply an important reminder of our American right for protection of life, liberty, and property from thieves, ne’er-do-wells and tyrants, also known as the 2nd Amendment to the Constitution of the United States.

So the next time that loud, woke friend of yours starts to go into their “guns bad…no guns solve problem” argument, before they start to sound like the droning-on talking heads on TV, make sure to show them the 2ndVote Gun Cam Livestream. If they are honest, they will have to acknowledge that guns are not the problem.

As for the 2ndVote Gun Cam, it will continue live streaming and proving the left’s false claims to be the hyperbolic deception that it always was.