An Introduction to the Prodigal Son Series

05 Jul An Introduction to the Prodigal Son Series

Posted at 11:15h in News, Prodigal Son Series by 2ndVote

Jesus told of a certain man that had two sons, one of which took his inheritance and squandered it only to then beg for his father’s forgiveness. The father rejoices in his son’s return. “For this my son was dead, and is alive again; he was lost, and is found. And they began to be merry.” (Luke 15:24). The father didn’t boycott his son or swear him off or seek to replace him with a better son. No. Instead, he ran to the humbled son in the field and fell upon him with joy. 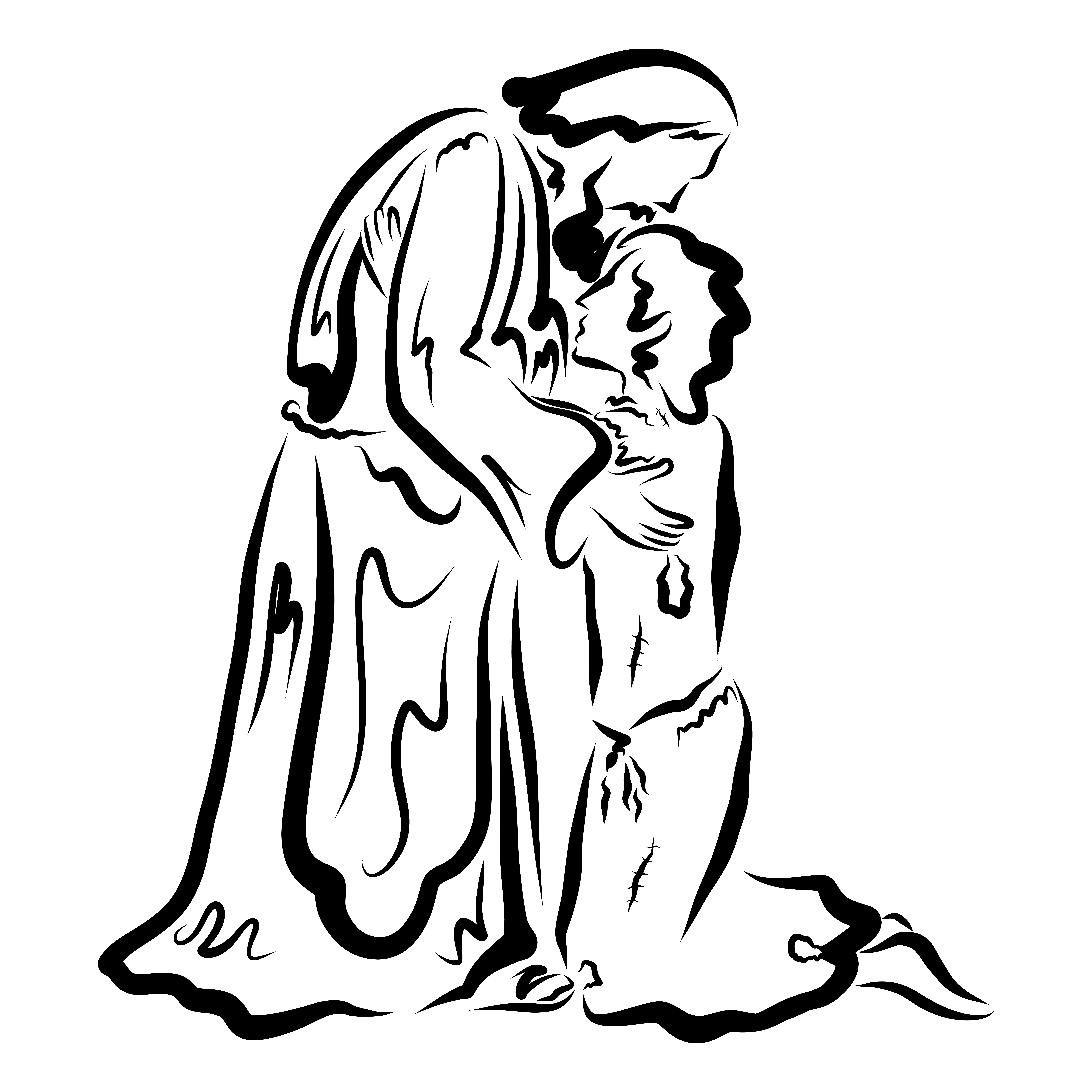 This Bible lesson has many applications in our lives – beyond just how we treat our children. The story of the prodigal son reminds us that we are all fallen, that we all need grace, and that we all know others who need grace as well. At 2ndVote, we frequently identify the bad actors, the bad actions, and the suggested better alternatives when a retailer fails to serve their customers effectively. We want you to know who invests in your interests and values – not so you can boycott them, but so you can make the best decision possible. In every case, we invite our subscribers to send a message to the CEO directly through our site. Whether that message is one of gratitude for being neutral or conservative, or an appeal to correct their ways, a large group of messages to business leaders through the 2ndVote website can be effective.

So, how do we apply the principles of the prodigal son in our purchasing habits today? Simple. First, we invite those who are lost and wasting their inheritance of good will with shoppers to come back. Come back away from the wayward path of trendy and flashy ideas. Second, we welcome companies back, those who either abandon the leftist ideals for neutral to focus on their business, or those who take on the risk of standing for conservative values. Send them a great big Thank You! According to CustomerThermometer.com, 72% of customers will share a positive experience.

We continue to see companies shifting back and forth – or in some cases further and further in one direction. We call these Prodigal Son Opportunities. Here’s one: The company often known for its Christian values, Chick-fil-A, has a solid Christian customer base. But we have seen them waver over the last few years. We have seen their composite score go from a high 4 to a scary 1.83, then back up to 4.13 today. They wavered. But 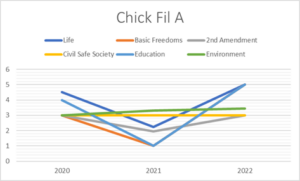 they returned! And isn’t it great to see a brand we love return to their base!

Side Note: To be fair, not all of Chick-fil-A’s dance in their score was action on their part. We recently made adjustments to the way we evaluate some of the beneficiaries – nonprofit organizations that receive financial and social support from corporations – of the companies we score. In this case, we have seen a shift in the messaging and support that Covenant House provides. Covenant House is a beneficiary of Chick-fil-A in the order of $3M, per their most recently released IRS Form 990. While one of their programs is centered on helping LGBT kids dealing with homelessness, they do not seem to advertise or promote LGBT lifestyles. We honor the effort to help everyone – especially youth – out of homelessness, and we would not think to judge their worthiness for help based on their lifestyle. For this reason, we no longer calculate donations to Covenant House as a liberal act. Subsequently, that affects Chick-fil-A’s score on Basic Freedoms by swinging it significantly to a perfect 5.0. That also directly affects their composite score.

Chick-fil-A isn’t the only prodigal son, either. Some have gone left and need to be invited back. Some need to be welcomed home now that they have returned to us. And yet others need to be thanked for being like the elder son and staying conservative. In this Prodigal Son series, we will address several of these companies and scenarios. Who would you like to see examined for their position? Let us know!