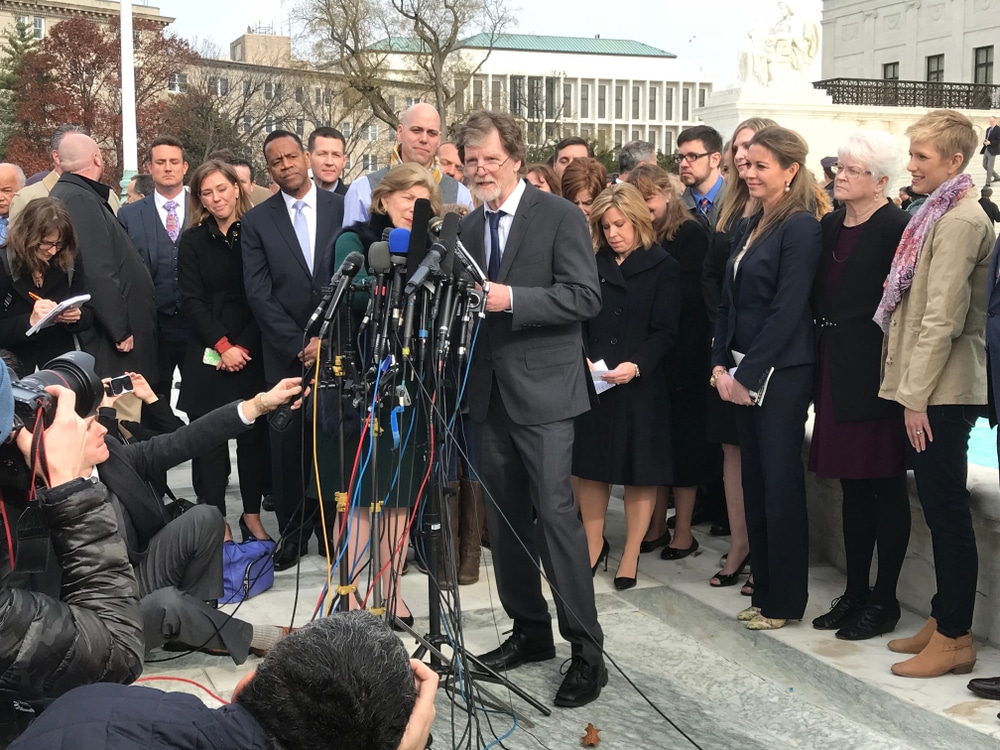 With the ink barely dry on the Supreme Court’s Masterpiece Cakeshop ruling, the Colorado Civil Rights Commission is continuing its crusade to punish Jack Phillips for running his business in accordance with his faith.

Earlier this summer, the Supreme Court reprimanded the CCRC for the “hostility” towards Jack’s religious liberty and, stung by the defeat, LGBT activists have prepared another assault on the cake baker. Just days after the ruling, the state agency found probable cause with a complaint filed by a transgender attorney against Masterpiece Cakeshop and ordered Jack’s business to undergo compulsory mediation.

The alleged violation? Declining to create a pink cake with blue icing in commemoration of gender transition.

However, Jack and his attorneys at the Alliance Defending Freedom are striking back and have filed a lawsuit against the Governor, Attorney General, and members of the CCRC. According to the lawsuit:

It is now clear that Colorado will not rest until Phillips either closes Masterpiece Cakeshop or agrees to violate his religious beliefs. The state’s continuing efforts to target Phillips do not just violate the Constitution; they cross the line into bad faith. This Court should put a stop to Colorado’s unconstitutional bullying.

Not surprisingly, LGBT activist groups are digging in and joining the assault on religious liberty. What is surprising, is that major corporations are funding these efforts with YOUR dollars.

For example, One Colorado, a member of the left-wing Equality Foundation, is working to push an agenda that threatens 1st Amendment protections for Masterpiece Cakeshop and all business owners like Jack. Our research has found several major corporations are sponsors of One Colorado’s annual fundraising event including Bank of America and Comcast.

You can see all the companies that help fund the anti-religious liberty activists at One Colorado here.

Would you do business with a company that works to undermine your 1st Amendment protections? If Bank of American and Comcast are hostile towards religious liberty, we need to hold them accountable and send our dollars to companies that will not fund these radical groups. At 2ndVote we recommend banking with your local community bank where you know the individuals who run the business and know your dollars will stay close to home.

We encourage you to tell Bank of America and Comcast why you’re taking your business elsewhere. Use the links below to contact leadership directly:

Send Bank of America an Email! Send Comcast an Email!