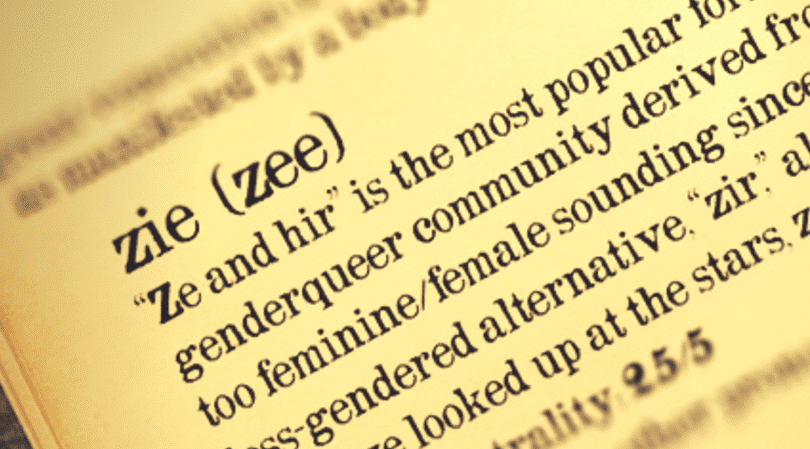 The California State legislature has passed the nation’s first measure to regulate pronouns.

SB 219, if signed into law, would enact the Lesbian, Gay, Bisexual, and Transgender Long-Term Care Facility Residents’ Bill of Rights. The bill passed the State Assembly this week, having already been passed in the California Senate earlier this year.

The most controversial aspect of SB 219 is imposition of fines and jail time to caregivers in long-term care facilities who fail to use the “preferred” pronoun for residents of those facilities. The bill offers no protections or exemptions for religious beliefs or conscience. One could assume the mandate would also cover so-called “gender neutral/gender inclusive” pronouns such as “ve,” “xe,” and “ze” in addition to the commonly understood “he” and “she.”

While the scope of SB 219 appears to be specifically directed at long-term care facilities, remember that Canada recently passed a similar law that makes improper gender pronoun use a “hate crime.”

The activist group Equality California is one of the leading forces behind SB 219 (this organization also sponsored legislation in 2016 to punish religious universities for operating in accordance with their faith). Over thirty-three corporate statewide and event sponsors enable Equality California assault on 1st Amendment protections for caregivers and institutions.

Click the links for more information on these Equality California sponsors and ways to contact the companies below: