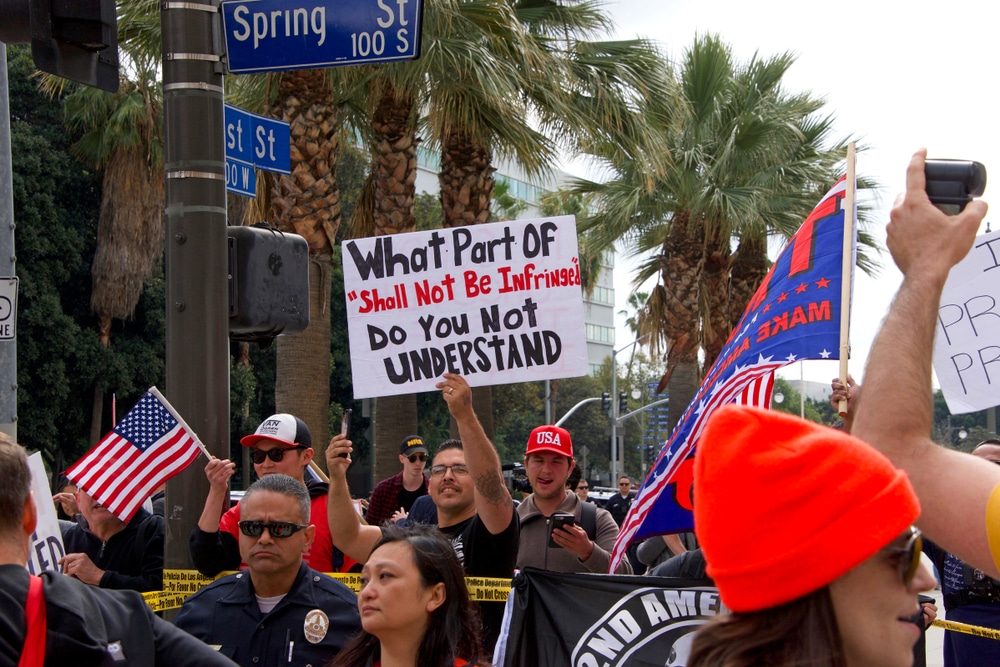 2018 has been the year of student-led protests against the Second Amendment. The media has framed these protests as being grassroots, but in fact they are being financially and logistically backed by dozens of major corporations and non-profits.

These protests have been politically effective. They have scared companies into abandoning support for the Second Amendment. But now they’ve garnered opposition — not from corporations with billions of dollars, but rather students who say their views have been ignored or suppressed. From The Chicago Tribune:

Here in Chicago, people rallied in a corner of Millennium Park. In Los Angeles, protesters yelled “gun rights are human rights” as they marched near Pershing Square. In Washington, an American flag billowed against a backdrop of the Capitol as attendees said guns are being used as scapegoats and that society’s problems run deeper than firearms.

Students who say their views have been silenced in recent months as vocal gun-control advocates have been monopolizing attention used the marches as a way to raise awareness of their fears that hasty solutions could lead to an erosion of the Second Amendment.

In a sign of true grassroots founding, the “March for our Rights” protests were fairly small compared to well-organized “March for our Lives” events. Organizers say that’s just fine:

Anthony Bartosiewicz, a 16-year-old member of the pro-gun movement from Illinois told The Washington Post, “I feel like we’ve been drowned out of the conversation is because people who are pro-gun aren’t confident enough to speak their mind.”

“We both have the same end goal in mind,” Bartosiewicz told the Post of the two student-led movements. “We just have different solutions.”

Amirani added on NRA TV this week that despite her movement’s lack of funding compared to the March for Our Lives, she hoped its grass-roots nature would spur future support. The group is funded by small donations, she said.

“What we’re doing is completely authentic, so hopefully the message will get across despite the lack of funds,” she said.

The true American spirit of independence and self-reliance is shown in these protests. 2ndVote supporters can do their part by showing corporate backers of gun control that violating our Second Amendment rights will hurt their bottom line. We urge you to contact the following businesses both directly at the below links and through spending your money at corporations which support your rights: