Chick-fil-A is Under Attack Again – Let Them Know You Appreciate Them! 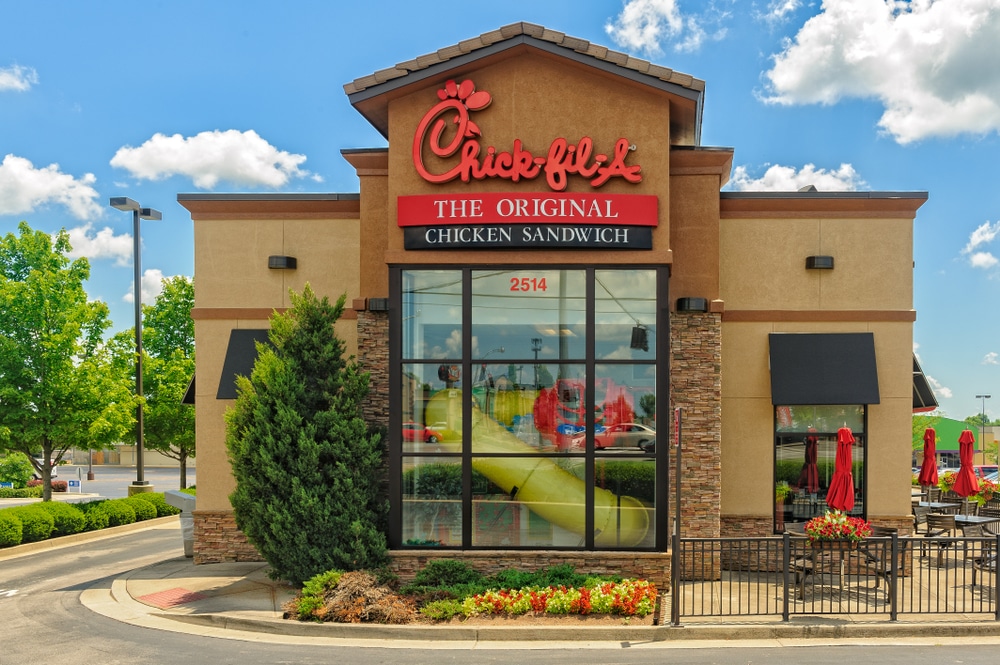 25 Oct Chick-fil-A is Under Attack Again – Let Them Know You Appreciate Them!

Chick-fil-A is America’s most polite chain restaurant. It is highly profitable, set to become the nation’s third-largest fast-food chain, and takes care of its employees and franchise owners. It closes on Sundays because family and God are more important than work, though one location reversed that policy to help victims of the Pulse nightclub shooting in 2016.

Talk about a socially conscious corporation. Profitable without forgetting about people – from leadership to staff to customers to the community. But that doesn’t seem to matter to LGBT radicals who protested Britain’s first Chick-fil-A. Via NBC News:

Soon after opening Oct. 10, Chick-fil-A’s restaurant at the Oracle Mall in Reading, a town in Berkshire, announced it will close after its six-month lease expires, according to the BBC, with the mall saying in a statement it was the “right thing to do.”

The suburban eatery faced protests from activists who took issue with the company’s track record on LGBTQ rights.

And just what is this track record? Donations to groups that help the poor and downtrodden, such as The Salvation Army, and simultaneously hold traditional views on marriage and sexuality. Chick-fil-A donated $1.6 million in 2017 so that the Fellowship of Christian Athletes can help disadvantaged youth have a bright future, but all LGBT radicals can see is that the Fellowship supports traditional views on marriage.

This isn’t the first time Chick-fil-A has been under this type of unjust assault. City governments have targeted the company for years and the FAA has even gotten involved.

Despite it all, Chick-fil-A is blowing away the competition. Its Christian-based principles of treating people as people, not by their sexual identity, are the foundation of its success. We urge Christians who oppose the LGBT movement’s anti-Christian bigotry to take some time this week to show your appreciation for Chick-fil-A. “Like” them on Facebook, post a positive review, send a note to their leadership, or take your family or colleagues to lunch there.

LGBT radicals may have won a battle in Britain, but you can help win the war.