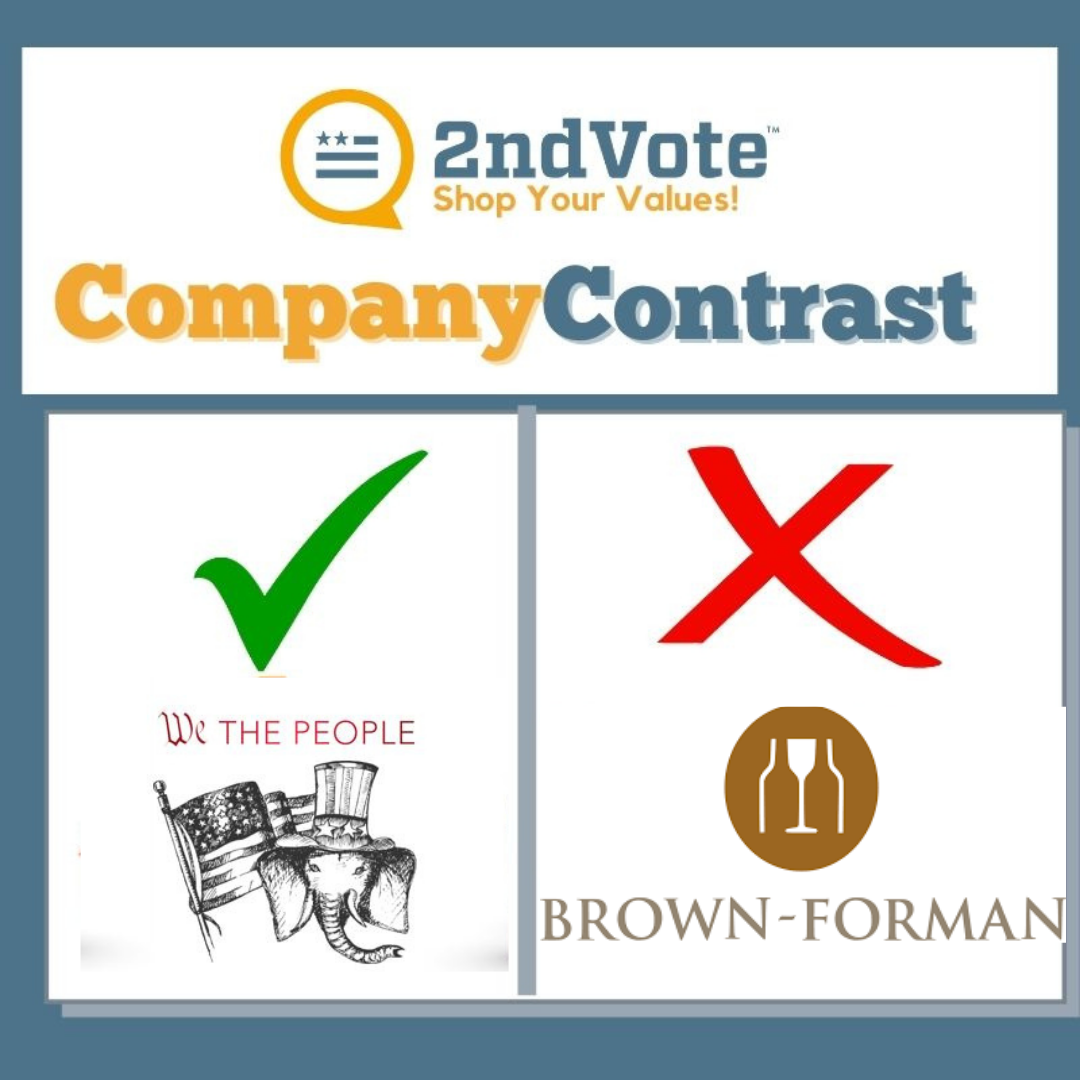 Posted at 13:12h in Basic Freedoms, News by 2ndVote 0 Comments

Each week 2ndVote takes a look at popular companies that either score well or score poorly  and then try to provide alternatives that either better align with the 2ndVote values or should be avoided to the best of your ability. This series is called The Company Contrast, and the company we will be focusing on this week is We The People Wine (3.68).

A relatively new company to enter the Conservative consumer market, We The People Wine was founded by Ryan Coyne and stands as an example of a business that not only prioritizes producing a quality product, but does so while promoting the American values that this nation was founded on. Through a direct inquiry to We The People Wine, 2ndVote has obtained official issue stances that paint a picture of a company that conservative consumers can turn to in a time and market where more and more companies are going “woke.” Coyne’s company responded with strong stances on all of the 2ndVote issues; to include believing in the sanctity of unborn life, the principles and foundations of 1st Amendment rights, the absolution of our 2nd Amendment rights, the integrity of our legal institutions and the officers and military personnel that enforce and protect them, the right of school choice, and the moral duty of environmental stewardship that respects the free market. We The People Wine has even dedicated a portion of their profits to the Working Warrior Foundation that helps to train and employ veterans. See for yourself by taking a look at We The People Wine’s newest ad featuring a healthy dose of American exceptionalism.

On the other hand, conservative wine and spirit connoisseurs should avoid Brown-Forman brands (2.19) whenever they can. This company’s various partnerships, business coalition memberships, and ratings from the HRC, earn them poor scores on the 2ndVote issues of Basic Freedoms, Education, and the Environment.