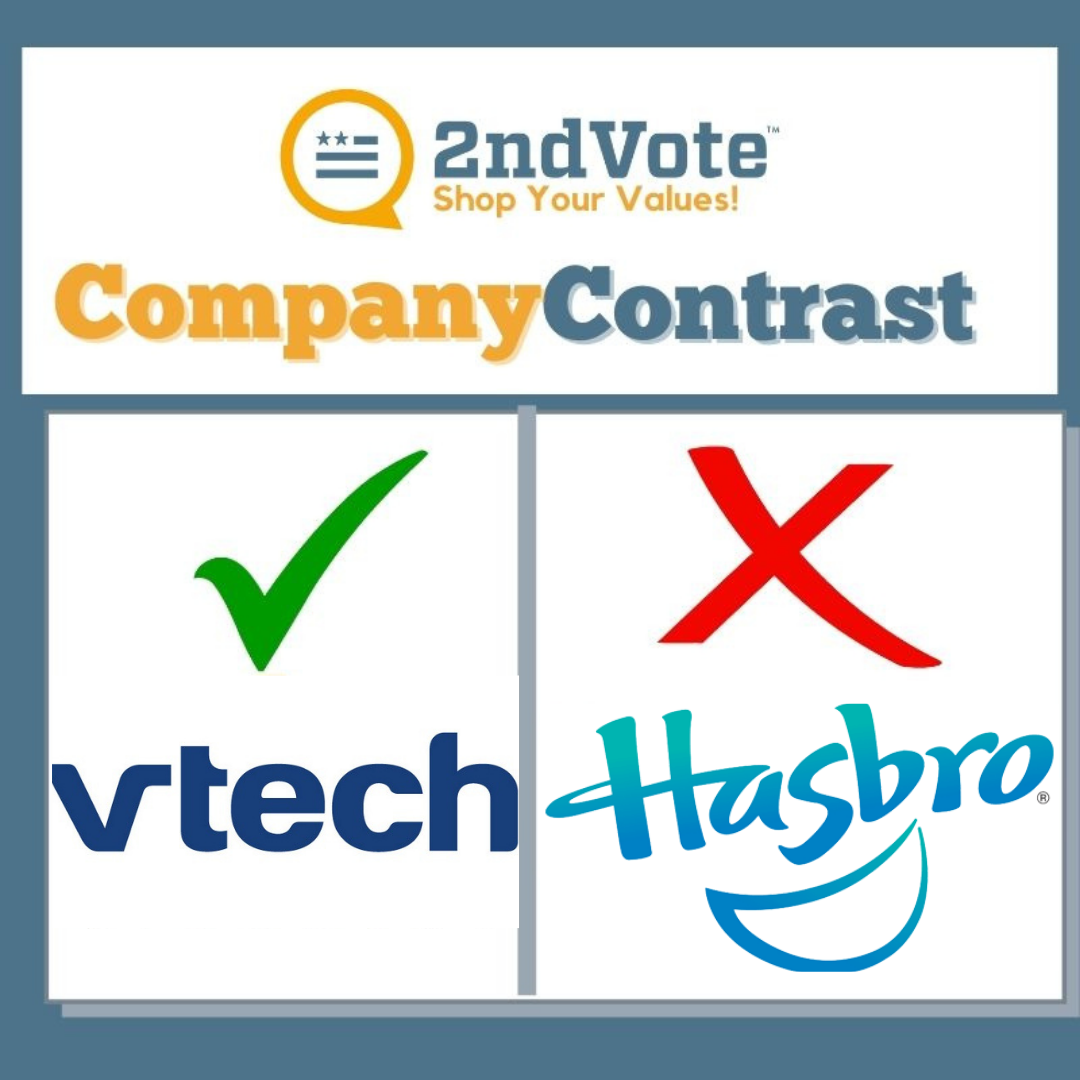 Each week 2ndVote takes a look at popular companies that either score well or score poorly and then provide alternatives that either better align with the 2ndVote values or should be avoided to the best of your ability. This series is called The Company Contrast, and the company we will be focusing on this week is VTech (3.20). 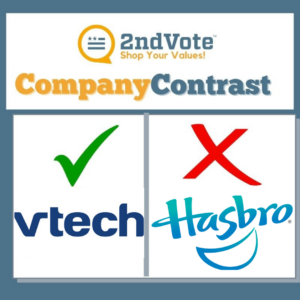 Founded in Hong Kong in 1976 by business partners Allan Wong and Stephen Leung, VTech sought to capitalize on the market’s first single-chip microprocessor, the Intel 4004, by entering the electronic video game market. VTech introduced their own television-compatible video game system that was a rendition of the world’s first video game, Pong. Since then, VTech has solidified itself in three core sectors; electronic learning products, telecommunications, and contract manufacturing services. In particular, VTech produces a host of children’s toys, many of which stimulate learning, ranging from infants to adolescent children. Fortunately for consumers, VTech’s philanthropic efforts, which include various donations to Christian organizations and ministries, means that they score positive points on the 2ndVote issue of Basic Freedoms, as well as on Environment for demonstrating stewardship in their environmental policies. For parents, this means that they have a decent alternative to liberal toy manufacturers like Hasbro when they are shopping around for their young children.

On the other hand, Hasbro (2.00) is known to have large donations to organizations like the United Way of Rhode Island, which is a specific chapter of the United Way that supports Planned Parenthood. It’s difficult to imagine how a toy company could possibly support organizations that prop up Planned Parenthood. Additionally, with a score of 100 on the Corporate Equality Index from the HRC, it stands to reason that Hasbro likely shares in many of the HRC’s values, including their support of the anti-religious liberty Equality Act.