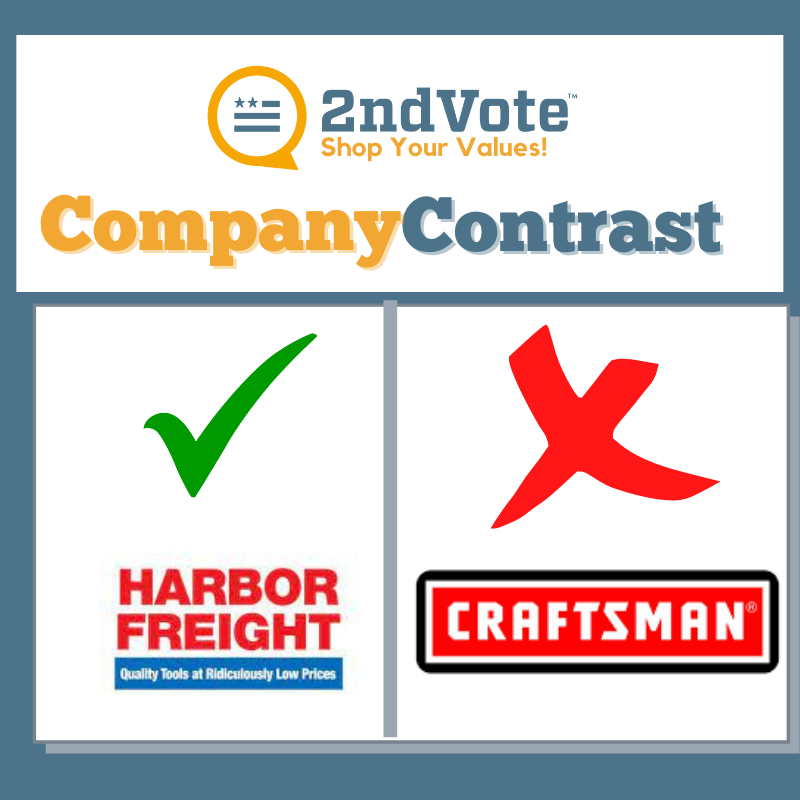 Posted at 18:45h in Basic Freedoms, News by 2ndVote

Each week 2ndVote takes a look at popular companies that either score well or score poorly  then provide alternatives that either better align with the 2ndVote values or should be avoided to the best of your ability. This series is called The Company Contrast, and the company we will be focusing on this week is Harbor Freight Tools (3.85). 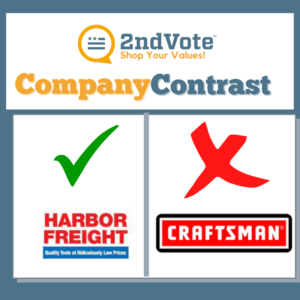 Father and son Allan and Eric Smidt founded Harbor Freight in 1977 out of California as a mail-order tool supplier, then opened their first retail store in Lexington, Kentucky in 1980. Since then they have opened 1,200 stores across the United States and launched several of their own tool brands including Hercules, Bauer and Chicago Electric in power tools and Icon, Quinn and Pittsburgh in hand tools.

By contrast, a mainstay in consumer tools but no friend of conservative values is Craftsman (2.50), a subsidiary of Stanley Black & Decker (2.50). Craftsman is socially silent in most of our issues, and on the wrong side of education and basic freedoms. You can mention your concerns about Craftsman’s support for LGBT and Common Core programs by emailing their CEO directly at james.loree@sbdinc.com. If buying your tools from Harbor Freight isn’t an option for you, we recommend Ace Hardware (3.17).