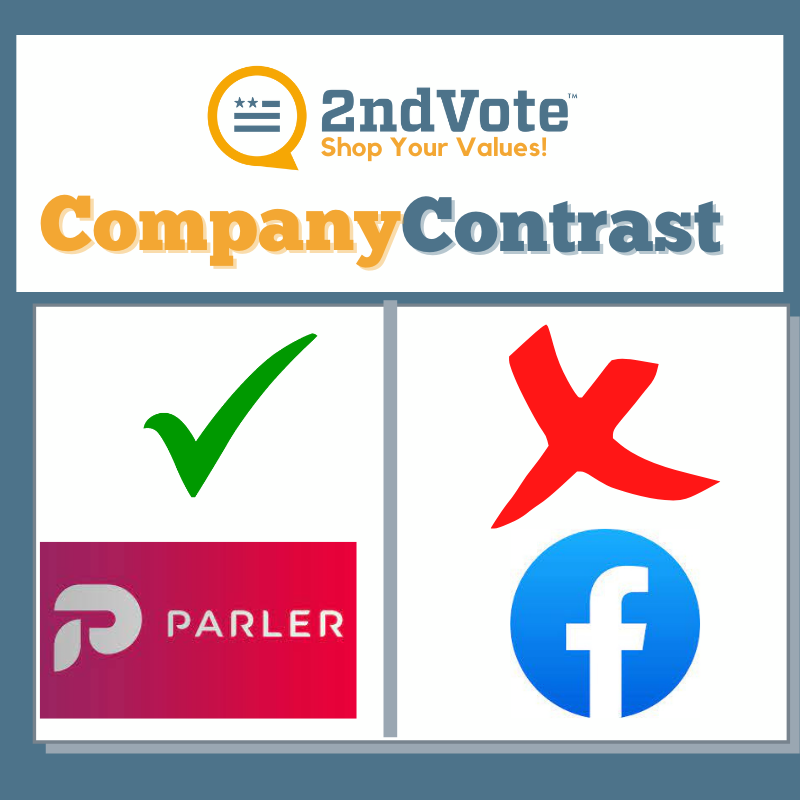 Posted at 13:36h in Basic Freedoms, Life, News by 2ndVote

Each week 2ndVote takes a look at popular companies that either score well or score poorly  and then try to provide alternatives that either better align with the 2ndVote values or should be avoided to the best of your ability. This series is called The Company Contrast, and the company we will be focusing on this week is Parler, which gets a 2ndVote score of 3.08. 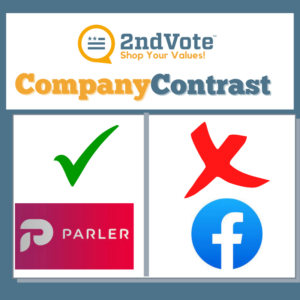 Parler is an American social networking service that believes in the basic right of free speech. Here users have the freedom to say what’s on their mind; be it supporting their chosen political candidate or criticizing the extreme liberal left and they can do so without their content being taken down or censored. In their company policy they state that their “mission is to create a social platform in the spirit of the First Amendment to the United States Constitution.” – Parler

When looking to connect with your community over social media, look to Parler or other alternatives to the mainstream tech giants such as Facebook (1.00).

Facebook, which receives a 2ndVote score of 1.00, clearly has no respect for the basic freedoms of Americans. On numerous occasions, Facebook has supported organizations such as the Center for American Progress which has worked to strip down our first amendment right by opposing religious liberties and RFRA laws. The company itself has even directly stopped free speech by censoring and banning users it doesn’t like, such as the former President, Donald Trump. We urge you to stop using Facebook’s platform and, if you feel compelled, send them a letter through our website demanding that they change these un-American policies.