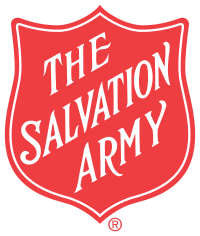 The season is upon us once again for the hustle and bustle of Christmas shopping! While you travel from store to store, you may even see the familiar red kettles and hear the joyful ringing of the bells as the Salvation Army takes its post once again to collect donations for one of its biggest charity efforts of the year. In recent years, the Salvation Army has also been busy fighting off countless rumors and accusations in a world now focused on a media-driven standard of “wokeness”. Our mission to seek the truth and transparency has prompted us to do some deep digging and to bring some light to these stories and to hopefully provide our users with some clarity and confidence in their charitable giving this Christmas.

Before we address the most recent news about the Salvation Army, we feel it is important to first give a general overview of the nonprofit. The Salvation Army was established in 1865 when London native William Booth and his wife Catherine dedicated their lives to taking the word of God to those on the streets, then known as “The Christian Mission”. Today the worldwide charity organization is 1.7 million members strong. Eighty-three cents of every dollar received is used directly toward supporting programs and services (1). The remaining 17 cents are dedicated to managing the organization itself. (2) Being an international organization, the Salvation army supports a wide range of initiatives from serving the homeless, providing aid for communities affected by natural disasters, and supporting international women’s ministries earning a third-place rank on Forbes Top Charities of 2021 (3). In the following paragraphs we will review some of the allegations against the Salvation Army in more recent years.

In 2019, news articles arose over accusations of discrimination from the Salvation Army and the LGBTQ community (4). The bulk of these stories came from 2012 when firstly, a Salvation Army branch in Vermont was accused of firing an employee when she revealed that she was bisexual. Then Salvation Army spokesperson George Hood made a statement pertaining to the organization viewing same-sex relationships as “sinful.” He stated, “A relationship between same-sex individuals is a personal choice that people have the right to make…but from a church viewpoint, we see that going against the will of God.” (5) The Salvation Army has specific programs in place for members of the LGBTQ community, including a dorm in Las Vegas specifically for LGBTQ in need, job training, assistance with substance abuse, food insecurity and teen suicide (6).

More recently in 2021 the Salvation Army released it’s “Let’s Talk About Racism” guide which was highly criticized by Color Us United suggesting “that The Salvation Army asked donors to apologize for the color of their skin, that The Salvation Army endorses and teaches Critical Race Theory, and that The Salvation Army believes America is an inherently racist country.” (7) The Salvation Army recognizes these claims as false and sets the record straight in a detailed and clear account on their website. They also retracted the guide and issued the following statement: “We have done our best to provide accurate information, but unfortunately, some have chosen to ignore those efforts. At the same time, International Headquarters realized that certain aspects of the guide may need to be clarified,” reads the statement. “Consequently, for both reasons, the International Social Justice Commission has now withdrawn the guide for appropriate review.” (8)

Although we typically consider research from the past three to four years of the highest value, we often will account for older data when it is of substantial content. As far back as 2011, the Salvation Army faced some heat with their public statement regarding abortion. (9) Specifically, there was a difference of stances between the international sector of the organization and the U.S. headquarters. The UK base, responsible for the position statement issued on their website, stated: “There is a responsibility on all involved to give the parents of the unborn child, particularly the woman, appropriate pastoral, medical and other counsel. The Salvation Army believes that termination can occur only when carrying the pregnancy further seriously threatens the life of the mother; or reliable diagnostic procedures have identified a fetal abnormality considered incompatible with survival for more than a very brief post-natal period. In addition, rape and incest are brutal acts of dominance violating women physically and emotionally. This situation represents a special case for the consideration of termination as the violation may be compounded by the continuation of the pregnancy.” (9) The Eastern territories for Salvation Army do not include the exceptions in their public statement regarding abortion. (10)

The full statement does recognize human life as having intrinsic value and that life begins at fertilization. It boils down to two things: first, whether the organization directly supports abortion through monetary donations. The Foundation for Life lists the Salvation Army as a corporation that has some “affiliation” with Planned Parenthood, however this list is stated to come from Life Decisions International, which is a broken website that is missing critical data, including that related to Salvation Army in any context. Secondly, where does the organization stand in an open and public sense and in this situation, the Salvation Army has been very upfront and direct. This is where our users must make a personal choice – is the public stance of the international organization (not those of the eastern territories) enough to turn you away from the Salvation Army or does the good outweigh the bad?

Consider this: the Salvation Army offers assistance to maternity hospitals, mother and baby homes, children’s homes, and homeless shelters. There are countless stories of Salvation Army’s philanthropic aid offered mothers a new hope in life (11, 12, 13). Think of the many lives saved and impacted through the Salvation Army’s many programs and missions, especially for expectant mothers and their children. Are three lines of “grey” area of a public statement supporting the value of life, enough to undo 157 years of charitable works along with serving 25 million people annually in America alone? This is a question that only you can weigh for yourself.

The Salvation Army USA did issue this response in 2017 to a small Facebook comment to clear the air for their specific branch: “In recent years inaccurate information has been circulated about us on this topic, and I can assure you without any reservation, we are a “pro-life” Christian movement that abhors abortion for any reason. Another common rumor is that we fund Planned Parenthood. I assure you that we absolutely do not. To learn more about our beliefs and positions, please visit salar.my/natl” (14)

We think the Salvation Army said it best when they released this previous response statement: “We urge the public to seek the truth before rushing to ill-informed judgment and greatly appreciate those partners and donors who ensure that anyone who needs our help feels safe and comfortable to come through our doors.” (15) We would like to leave you with a few other public statements from the Salvation Army that will help give our readers a clearer idea of what the organization stands for.

“The Salvation Army, an international movement, is an evangelical part of the universal Christian Church. Its message is based on the Bible. Its ministry is motivated by the love of God. Its mission is to preach the gospel of Jesus Christ and to meet human needs in His name without discrimination.”

“We believe that the Lord Jesus Christ has by His suffering and death made an atonement for the whole world so that whosoever will may be saved.

We believe that repentance toward God, faith in our Lord Jesus Christ and regeneration by the Holy Spirit are necessary to salvation.”

“We fight with love. The Salvation Army is an evangelical part of the universal Christian Church. Our message is based on the Bible, our ministry is motivated by the love of God, and our mission is to preach the gospel of Jesus Christ as we meet human needs in His name without discrimination. Every program we offer is rooted in our passion to serve God by serving the lost, the vulnerable, the needy, the poor, the hurting, the helpless, and the hopeless.”

“The Salvation Army believes in the sanctity of human life because human beings are made in the image of God. Each person is of eternal value and each life a gift from God worth cherishing, nurturing, and preserving. The Salvation Army therefore takes seriously the needs, rights and responsibilities of parents and unborn children when considering the matter of abortion. We are committed to the protection and care of the unborn, and to the promotion of societal systems that promote wholeness, freedom, quality of life and the development of the potential of all persons. The Salvation Army supports responsible measures necessary to avoid unwanted pregnancy and is opposed to abortion as a means of birth control. We are concerned about a growing social acceptance of abortions and believe that a genetic abnormality in the unborn child is not generally sufficient to warrant a termination of pregnancy.”