CVS is Putting Racism Ahead of Health 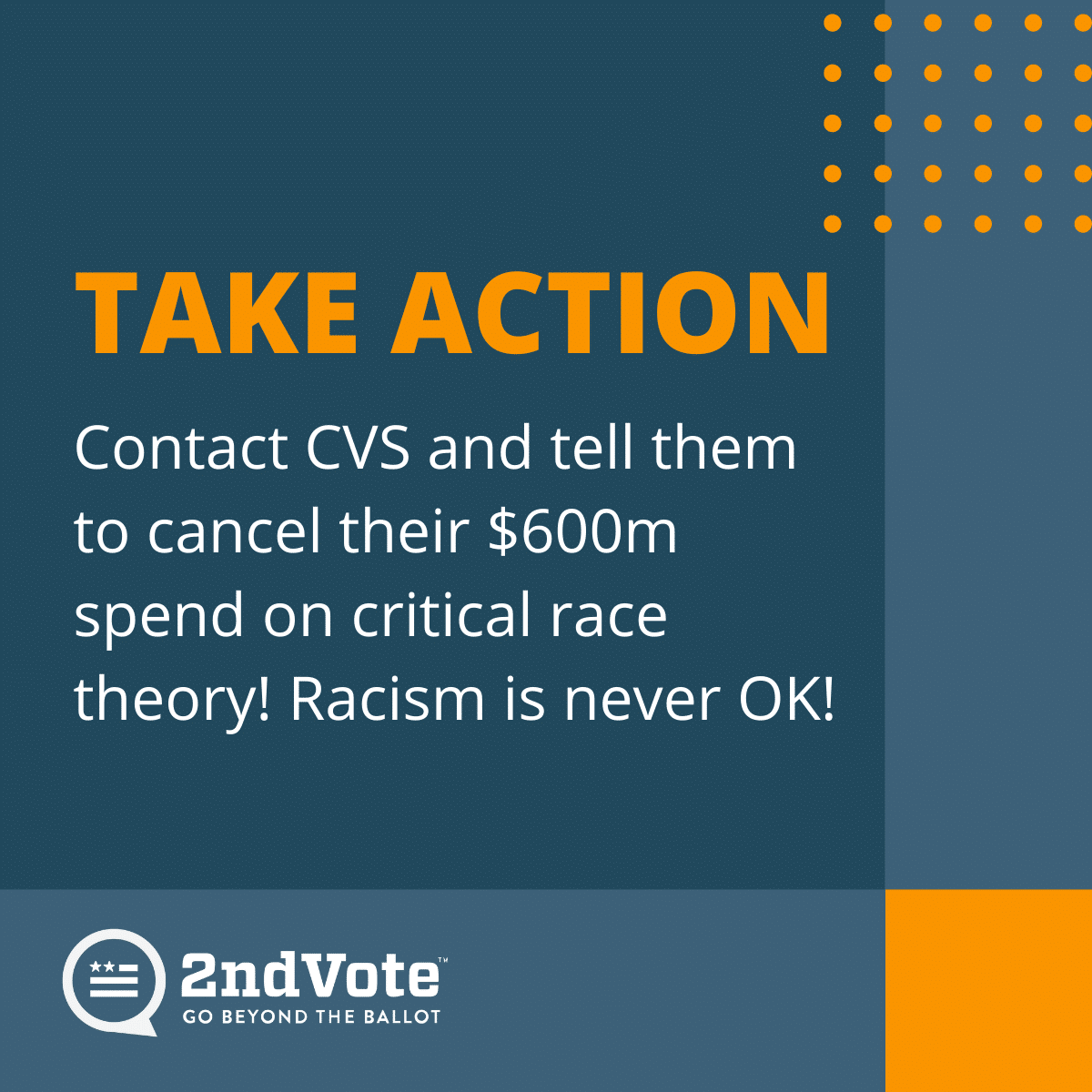 17 Dec CVS is Putting Racism Ahead of Health

Posted at 08:41h in Civil-Safe Society, Issues, News by 2ndVote

CVS (3.42) is one of 2ndVote’s top-ranked drug stores with a previous score of 3.72 which has recently dropped to a 3.42. But that score might drop even further as company executives spent $600 million on Critical Race Theory (CRT) employee training programs. Fox Business reports that CVS implemented a four-week program last year which required staff to engage in self-reflection about bias and to stop alleged biases by other staff.

The program was launched as other major corporations responded to George Floyd’s death with false claims that America – and, by association, Americans – are racist. As leading CRT critic Chris Rufo noted in September, the program was implemented by a CEO who makes tens of millions of dollars per year, and would mostly impact people making only a few tens of thousands of dollars per year.

We are launching a campaign urging CVS to return to prioritizing customers’ health needs and the well-being of their staff. This is a huge course change for them, and we need your help to redirect CVS to treat their 300,000 employees and millions of customers truly equally – on the basis of their humanity, not their skin color.

The details of the program are outlined in this document, and they go well beyond training staff to view each other through a racial prism. CVS’ vendor partners will be chosen on the basis of their race, not the value they bring to CVS, its staff and customers, and the general public. CVS’ charitable donations will be based upon race, not upon the quality of a charity’s work.

Of course, no corporation can ever be “woke” enough for those who believe America is racist. Just a few months after the initiative launched, an alleged CVS customer harassed a CVS manager who called police on alleged shoplifters. Apparently, $600 million wasn’t enough to convince the customer that CVS cared enough.

2ndVote doesn’t want CVS to take sides on America’s continued debate on how to heal the scars of slavery and racism. Tell CVS to invest their well-earned money into real programs that uplift our citizens instead of teaching their employees to judge a customer based on the amount of melanin in their skin. Use this link to use your voice TODAY! With your help, we can show them how to get back on track.