D.C. Elitists Want to Suppress Your Right to Safety But Keep Their Own {Issue: 1st Amendment, 2nd Amendment} 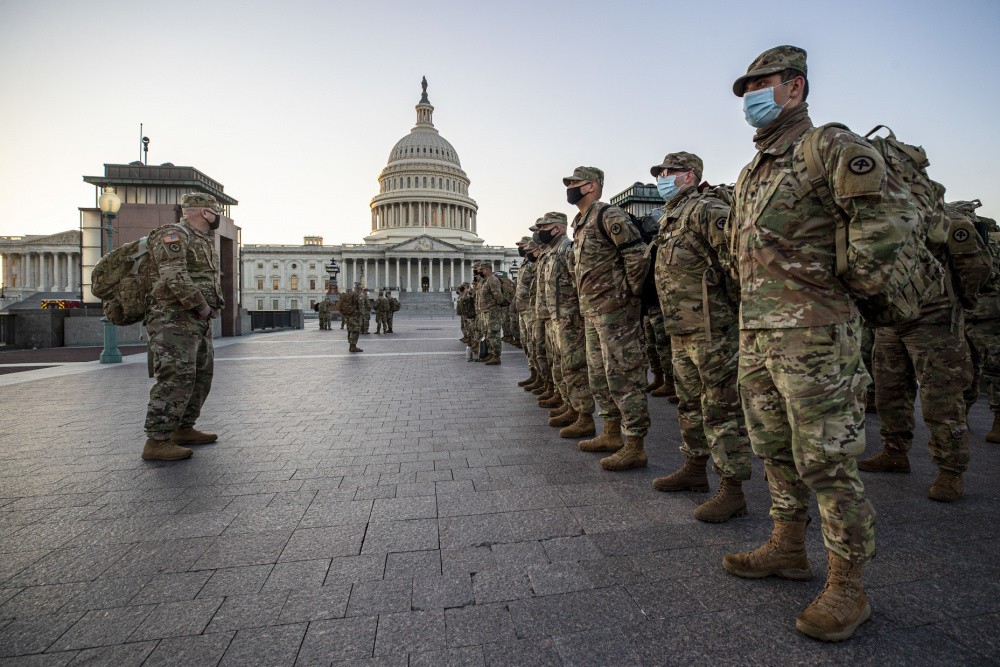 20 Jan D.C. Elitists Want to Suppress Your Right to Safety But Keep Their Own {Issue: 1st Amendment, 2nd Amendment}

The leftist elite in D.C. have lobbied to remove our 2nd Amendment right to self-defense, claimed that all cops are bad, and said that anyone who opposes the violence perpetrated by the organization, BLM, is racist. They don’t care if we’re left unprotected against the thousands of protestors who are burning down city blocks and defacing federal buildings in cities outside privileged Washington D.C.

But when protestors invaded the US Capitol, directly threatening the elites who support violence against common Americans, D.C. royalty suddenly changed their tune. 25,000 members of the National Guard have been activated, barricades have been erected, and aggressive incarceration for any suspected protestor has been enacted for Joe Biden’s presidential inauguration because the elite believes they’re above experiencing violence. But when Trump tried to get federal defense activated for the protection of every-day working and taxpaying Americans, whose mayors and governors weren’t protecting them against violent BLM riots, he was vilified.

America wasn’t built on aristocracy, where elites are given preference and special protection. We were built on the idea that every citizen is equally deserving of protection, whether or not it fits the social narrative. Allowing citizens and police officers — the vast majority of whom aren’t racist and just want to help their community — to be murdered and their homes and businesses burned down while vilifying the only people who try to help, isn’t American equality.

And when the elites make excuses for the violent riots, calling them “mostly peaceful protests” their indifference to our suffering is even more obvious. So-called “peaceful protestors” blocked access to an emergency room while chanting “We hope you die!” at two innocent police deputies they had attempted to murder. To his credit, President-Elect Joe Biden criticized the protestors takeover of Portland – eventually. But this contrasts sharply with his immediate statement that Capitol rioters are “domestic terrorists.”

When it doesn’t affect the elites, violence is excused or at most mildly condemned as an accidental evil in the “fight for equality”. But the moment it came to the self-proclaimed D.C. royalty, they want to use the freedoms they so quickly took from us. Here at 2ndVote, we don’t tolerate violence on either side. But everyone who commits violence must be held equally accountable, not just those who attack the elites and oppose their social narrative.