Apple CEO Tim Cook Is a Big Fan of Discrimination 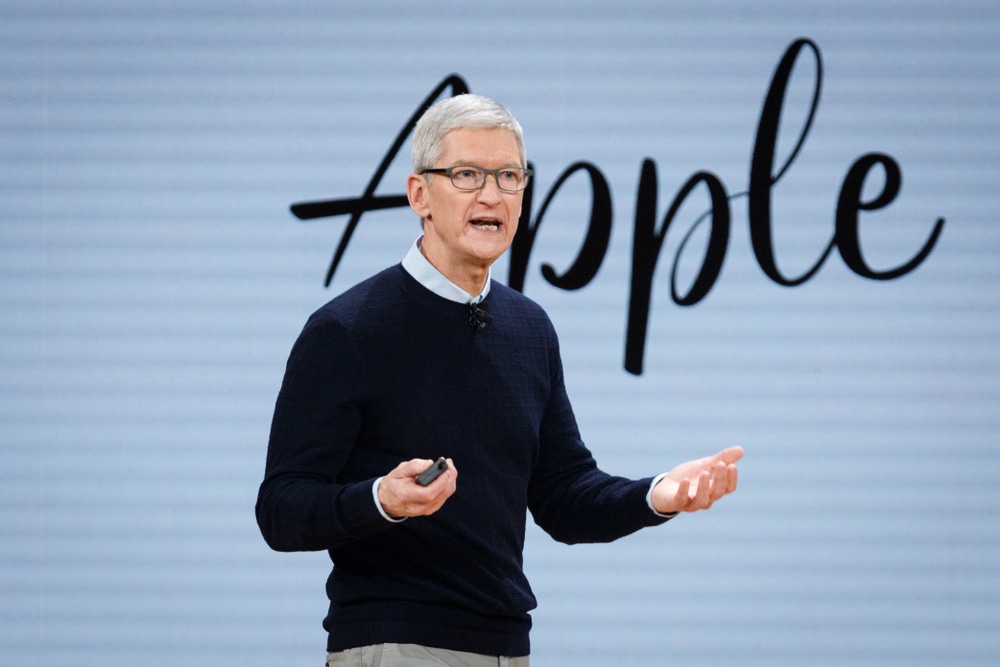 Posted at 08:10h in News, Religious Liberty by 2ndVote 1 Comment

There are few better examples of left-wing hypocrisy than Apple CEO Tim Cook. This is the same CEO who ferociously opposed the very modest HB2 law in 2016 and Indiana’s brief religious liberty law in 2015 because of his beliefs on discrimination…all while cozying up to Iran, Saudi Arabia, and China. Ironically, Cook — whose company supports laws to restrict the rights of businesses when it comes to LGBT issues — declined to donate money to the Republican National Convention in 2016 because of personal beliefs about then-candidate Donald Trump.

Well, now Cook is at it again. The Federalist caught this doozy earlier in December:

“At Apple, we’re not afraid to say our values drive our curation decisions,” he said. “And why should we be?”

“We only have one message for those who seek to push hate, division, and violence: You have no place on our platforms,” Cook said. “You have no home here.”

“I believe the most sacred thing each of us is given is our judgement, our morality, our own innate desire to separate right from wrong,” Cook said. “Choosing to set that responsibility aside at a moment of trial is a sin.”

It’s simple, really. Cook is a hypocrite. Given how he and his company attacked conservatives who wanted to ensure that right for businesspeople and their customers in 2016, apparently only some people to have the right “to separate right from wrong.” None of those people are traditional-minded Christians. His company wants to strip the right to live out one’s faith in the public square. They’ll do this while happily doing whatever it takes to improve their bottom-line, even sell iPhones in Iran.

Perhaps we should all take a page out of Cook’s book and get our phones anywhere but Apple? After all, he is definitely pushing division. His company supports the hateful and violent actions of the Iranian regime. And Christians’ “judgement…morality…[and] innate desire to separate right from wrong” is definitely opposed to the left-wing agenda which Apple continues to support.