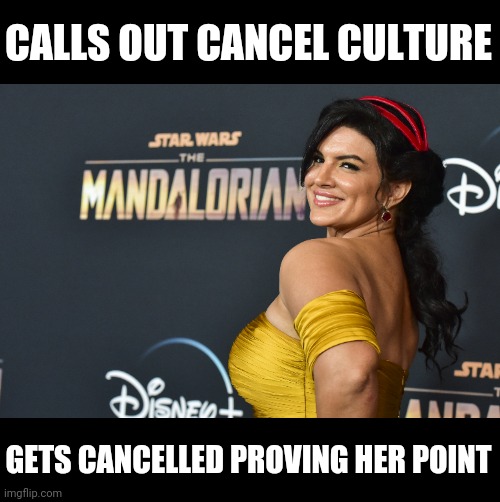 Posted at 15:35h in Basic Freedoms, Life, News by 2ndVote

Leftist hypocrisy reached new heights recently when Disney CEO Bob Chapek claimed that he doesn’t “really see Disney as characterizing itself as left-leaning or right-leaning.” This was in response to outrage following the firing of Gina Carano, who said in a since-deleted tweet that the way the Nazis turned even former neighbors against Jews is not that different from how people today attack based on political beliefs.

Recently, a stockholder asked Chapek why conservative Carano was fired but not liberal Pedro Pascal, who tweeted in 2018 comparing the experience of undocumented migrant children to victims of Nazi concentration camps. Chapek responded that Disney isn’t politically biased, but supports “values that are universal: respect, decency, integrity, and inclusion…harmony and peace.”

But Chapek never defined what made Pascal’s tweet any more “respectful” or “inclusive” than Carano’s, especially considering that Pascal’s tweet displayed a misleading image of Palestinian children “behind bars” in a play area. Meanwhile, Carano’s original tweet made no indication whether those being attacked for political beliefs were on the right or left.

It should be no surprise that Disney sits at a low 1.67 out of 5.00 on our 2ndVote scale, with their leftist agenda featuring shows with openly LGBT characters. Chapek himself has made promises to “represent our audience” through committing to even more LGBT programming, despite conservative protests against these agendas being shown to their children.

Additionally, when Georgia passed the heartbeat bill banning abortions after about six weeks into pregnancy, Disney threatened to pull filming in the state entirely, showing that they care more about defending leftist ideals than stopping mothers from having their unborn babies torn apart.

Despite blatantly defending these leftist causes, Disney would like us to believe they are unbiased. But we know that isn’t the case. Speak out against Disney’s hypocrisy by contacting them today. Then go beyond words and hit them where they’ll hear it — right in the pocketbook. Cancel the Disney+ subscription. Make your voice count and show Disney that we will not accept their double standards.