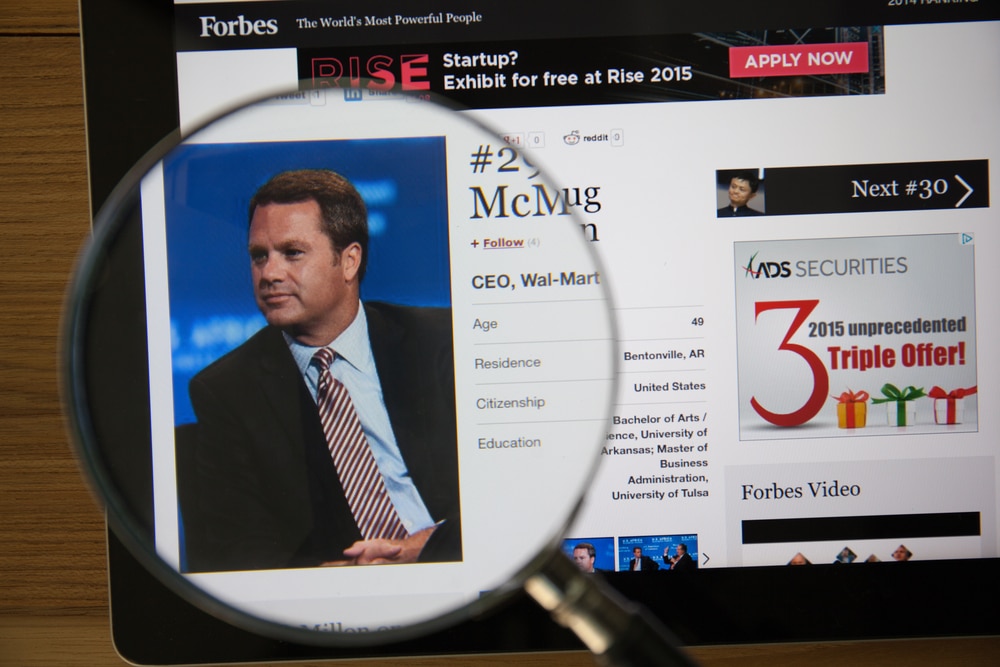 In August, after the disbanding of the American Manufacturing Council and the Strategic and Policy Forum, few would have predicted America’s CEOs would become President Trump’s biggest cheerleaders by the first weeks of 2018.

Yet, Walmart CEO Doug McMillon, a member of the Strategic and Policy Forum prior to dissolution, is lauding the President’s signature legislative achievement and saying, “Tax reform gives us the opportunity to be more competitive globally and to accelerate plans for the U.S.”

His company is celebrating by rewarding eligible employees with bonuses of up to $1,000 and an increase to the base level hourly wage for U.S. workers. And Walmart employees aren’t the only ones reaping the financial benefits. Similar announcements by AT&T, American Airlines, Boeing, Comcast, Darden Restaurants, Fifth Third Bancorp, Southwest Airlines, and Wells Fargo in recent weeks demonstrate how tax cuts, and a roaring economy, can make the trickle seem like a faucet.

Lost in the current headlines, however, are the corporate dollars flowing to activists dead set against the President’s reforms.

Clearly, Ms. Tanden hasn’t done her research; the donation records of these nine companies can hardly be considered “conservative.”

In addition to paying her salary, Walmart, AT&T, and Wells Fargo are also financial supporters of the Human Rights Campaign, the LGBT advocacy organization that led the left’s assault on laws upholding traditional marriage. American Airlines donates to HRC as well.

HRC, UnidosUS, and the National Urban League are all on record opposing the tax reform legislation and have participated in the left’s misinformation campaign against it.

Essentially, while CEOs at these companies are stepping out the front door to champion employee bonuses due to tax cuts, the charitable giving departments are sending checks out the back door to fund advocacy aimed at preventing the bonuses from ever happening.

Fiscal conservatives, social conservatives, socially ambivalent conservatives, and even libertarians should be equally alarmed here because tax policy is not a principle issue of concern for any of these activist organizations other than CAP. The focus agendas for these groups raise serious constitutional concerns and the left’s lockstep nature on every issue is why corporations cannot be given a pass for funding progressive organizations under the guise of support for “equality,” “diversity,” “human rights,” and so on.

For example, after leading an ultimately successful legal battle against state laws affirming traditional marriage, HRC’s current priority is persecuting cake bakers who decline to lend their artistic talent and expression to the celebration of same-sex marriage. UnidosUS fights against legislation that would allow crackdowns on sanctuary cities that obstruct the enforcement of federal immigration laws. Finally, the National Urban League is a top proponent for the repeal of “stand your ground” laws.

Playing the left’s political game is a lose-lose for corporations. On tax reform, corporate dollars to CAP, HRC, UnidosUS, and the National Urban League are supporting agendas that would harm their very own employees. Activists like Tanden prioritize scoring political points over policies like tax reform that actually do help workers.

The lesson for these corporations and their CEOs is that every position taken on matters of policy and culture runs the risk of alienating at least half the customer base. At the end of the day, not one company remaining silent on “transgender bathrooms” has faced a boycott from either the left or right.