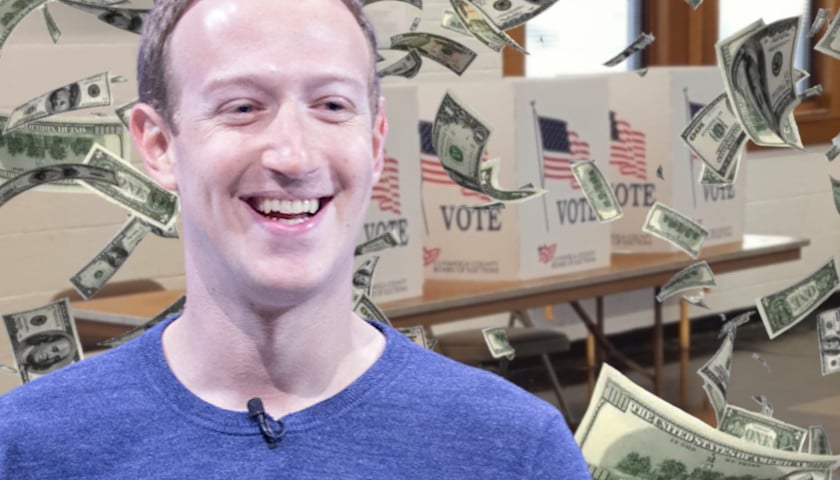 Posted at 17:01h in Basic Freedoms, News by 2ndVote

Mark Zuckerberg has always had big plans for the world. He wants to “kill the iPhone” and lead the field of augmented reality tech. He believes that we’ll be transmitting thoughts from one brain to the other one day. Now, it seems that he wants a hand in managing our elections.

In September, Zuckerberg announced that he and his wife would be donating $300 million to two supposedly-nonpartisan organizations, the Center for Tech and Civic Life (CTCL) and the Center for Election Innovation and Research (CEIR). Both groups give out grants to elections boards around the country to fund poll workers and polling places.

Zuckerberg insists that he only wants to “ensure that everyone can vote and every vote can be counted.” If that’s the case, funneling money to left-wing groups is a strange way to go about it. CTCL and CEIR claim to be nonpartisan, but both were founded by long-time Democratic political operatives. Co-Founders of CTCL, Donny Bridges & Tianna Epps-Johnson both participated in the Columbia World Project Democratic Renewal, while CTCL’s third Co-Founder Whitney May, worked on the Voting Information Project. David Becker, Founder of CEIR was associated with the Pew Charitable Trusts. Giving biased organizations massive resources to impact elections is irresponsible, and actually undermines Americans’ trust in the electoral process.

The donations received massive media coverage, which is unlikely to help Zuckerberg and the unbiased image he cultivates of himself. While he has insisted that no social media platform should act as an “arbiter of truth,” Facebook blocks pro-life and conservative content, while its moderators admit to deleting pro-Trump content. Meanwhile, when CNN host Don Lemon called white men “the biggest terror threat in this country,” Facebook granted an exception and allowed videos of his comment to stay up.

Zuckerberg is right that social media platforms shouldn’t censor controversial speech, but the actions he allows at his company suggest otherwise. That’s the problem – if he wants the public to believe him, he should go by the same rule as any good CEO: stay out of politics, but if you choose not to, don’t try to mislead the public about your personal biases. And certainly don’t try to privately fund America’s elections through shady partisan groups.