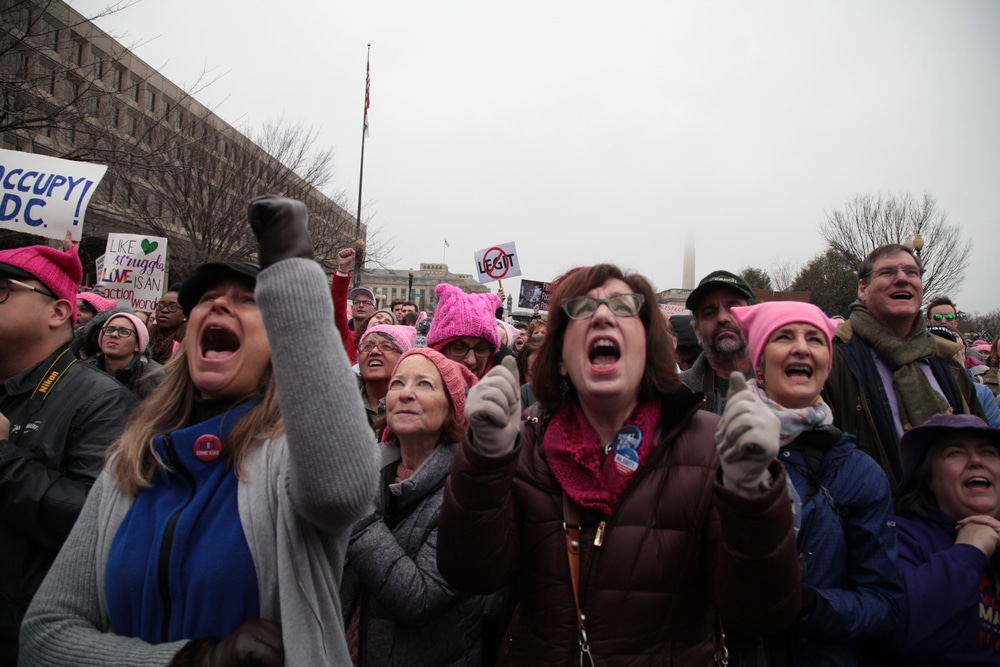 This week, 2ndVote is “honoring” for-profit and non-profit corporations for their left-wing activism and intrinsic hypocrisy throughout 2018. Our final “Corporate Chicanery” award goes to the Women’s March. This group which was ostensibly started to represent women’s interests after President Donald Trump was elected. However:

1. It was quickly established that only some women’s opinions were acceptable to the group. First it was pro-life women who were excluded from the first Women’s March protest in Washington, D.C. More recently, the group’s leadership attacked women who decide not to vote in lock-step with liberals.

2. The Women’s March coordinated dangerous mob behavior during the Kavanaugh hearings. They led hundreds of people into a frenzy, including at least 300 who were arrested for breaking the law. Of course, this is the same group which forgot to put Kavanaugh’s name in a press statement slamming Trump’s SCOTUS nominee — leaving their left-wing hackery clear for all to see.

3. Third, its leadership has refused to denounce anti-Semitism within its ranks and its association with noted anti-Semite Louis Farrakhan. This lost them the support of liberal actress Alyssa Milano and new media reports indicate local and state Women’s March affiliates are disassociating themselves with the national organization.

4. Finally, the aforementioned media reports include this troubling line about what Women’s March leaders think about racial issues:

In an updated statement to The New York Times earlier this week, Mallory said that since the group’s first meeting, “we’ve all learned a lot about how while white Jews, as white people, uphold white supremacy, ALL Jews are targeted by it.”

Not exactly the promotion of fair and equal treatment based on the content of one’s character.

So, for all of the aforementioned hypocrisies and downright immoral behavior, 2ndVote “honors” the Women’s March our fourth and final “Corporate Chicanery” award! You can help “honor” them, too, by reaching out to the corporations which back the non-profit partners of The Women’s March: