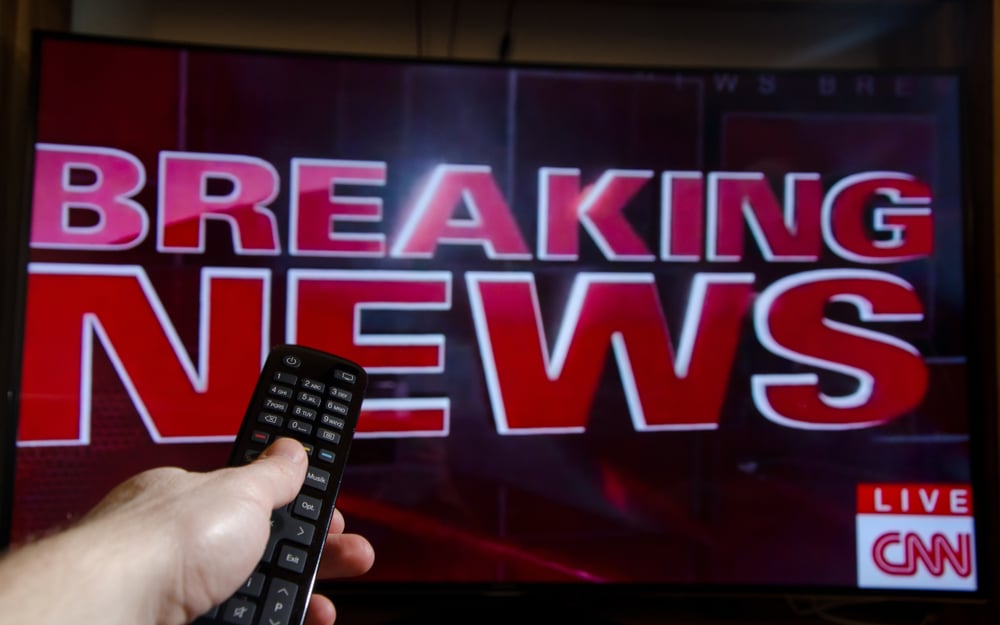 2ndVote has tracked a lot of fake and disturbing news in recent years. CNN, for example, has promoted the anti-Christian Southern Poverty Law Center (SPLC) as a legitimate source regarding so-called “hate groups.” And its parent company continued to fund the play which depicted President Donald Trump as an assassinated Julius Caesar.

Now CNN is finding that its near-continuous efforts to undermine the conservative gains made under the Trump administration haven’t played out in TV viewership. Via The Daily Caller:

Fox News took the top spot in cable television for the 27th week in a row, while CNN failed to even crack the top five.

In today’s media world, it is disturbing to see how many mainstream networks and shows prefer partisanship over principles and sound journalism. Yet one thing we can note at Fox, which could be considered a more conservative outlet, there are examples of hosts crossing partisan lines to critique the president over his recent Russia commentary On the other hand, we’re pretty sure CNN hasn’t had a host praise Trump on much of anything, outside of Chris Cuomo’s positive reaction to the initial North Korea/U.S. meetings this past spring.

At 2ndVote, we defend traditional values and push for consumer action on principles related to these values. It is disturbing to see how many media outlets simply refuse to acknowledge that a huge swath of Americans are rightly pleased by progress made on religious liberty, protecting unborn children, defending our borders, and other issues over the last 18 months. This isn’t racism, or bigotry, or ignorance — it’s a dedication to America’s founding principles.

CNN is seeing what Target and Starbucks already know — millions of Americans are tired of seeing their values at best ignored and at worst slandered. And for CNN, the consequences are showing in Fox’s viewership ratings.