Google Can’t Win Against The Woke Crowd, And They Shouldn’t Try 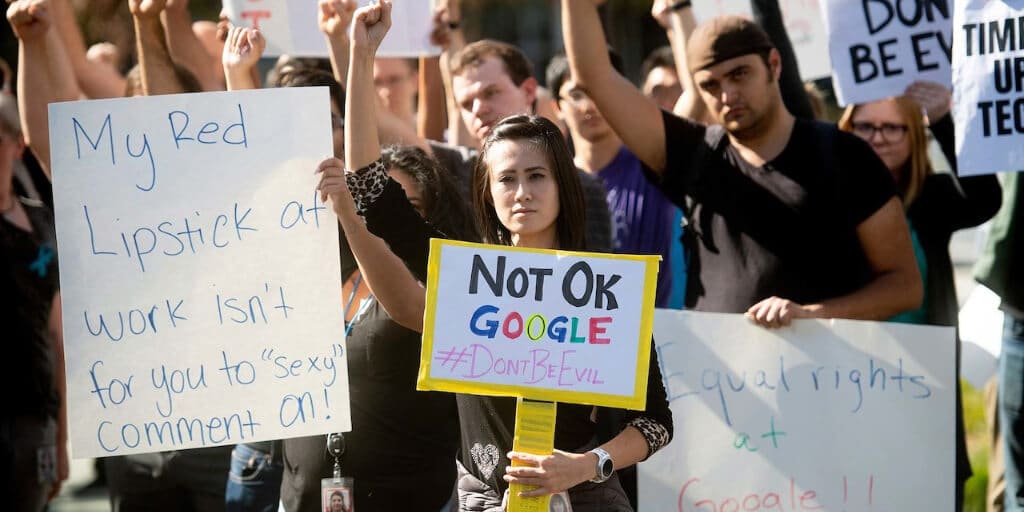 06 Jan Google Can’t Win Against The Woke Crowd, And They Shouldn’t Try

In the wake of 2020 leftist campaigns such as Black Lives Matter, woke Twitter activists and Google employees joined forces to slam Google over the firing of black AI ethicist Timnit Gebru. The fact that she’s a black female is constantly highlighted as being a sign of discrimination in her firing, similarly to the firing of April Christina Curley, a former Google diversity recruiter and self-identified “black queer woman” who says she was fired “because they [Google] were tired of hearing me call them out on their racist bulls**t.”

The problem is, Google is one of the most liberal tech companies, with programs and recruiters dedicated to “diversity and inclusion”. They rank 1 (liberal) on the 2ndVote scoring system, but clearly, their leftist bias isn’t enough to keep them out of hot water with woke Twitter leftists.

Google isn’t alone in being attacked despite their liberal leanings. Other companies have found that kowtowing didn’t work — for example, Home Depot, which despite having a largely conservative customer base, handed their dollars right over to liberal causes to curry favor with the woke crowd. But the left still boycotted them based on co-founder Bernie Marcus’s personal donations to the Donald Trump re-election campaign after he left the company. The woke crowd didn’t care that the boycott hurt low-wage workers rather than Marcus.

Kowtowing to the woke crowd didn’t work for Starbucks, either. Their “Race Together” campaign was slammed as “tone-deaf and patronizing,” even by the leftists they were trying to appease. And Twitter CEO Jack Dorsey couldn’t escape attacks from his own company’s rabid leftist base when he posted about eating at Chick-fil-A.

This is a fight in which big companies, including Google, can’t win. If they’re looking for leftist support and approval they can forget it — no one can live up to the impossible demands of the woke crowd. But if Google is actually discriminating, they’ve been lying when they support leftist causes like Black Lives Matter. Google needs to base its policies on true morality and human equality rather than following the ever-changing leftist definition of discrimination. To do that, they’ll have to back out of politics completely, or they’ll risk losing both sides to their indecision.