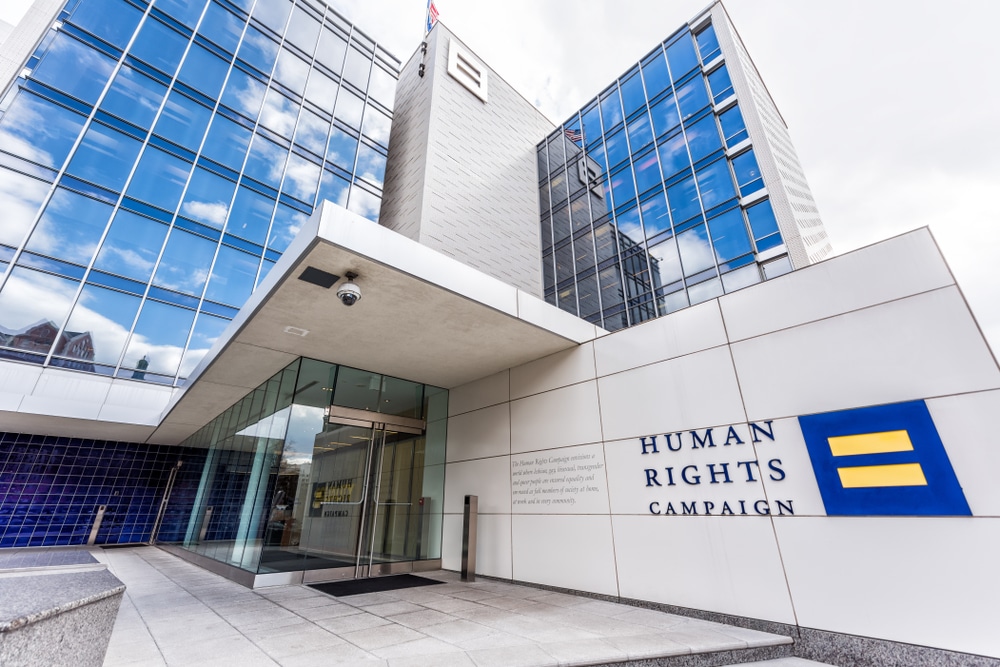 The Human Rights Campaign (HRC) Foundation will host a forum for Democrat presidential candidates this fall in California to focus specifically on LGBT issues. While it is not surprising to see a left-leaning organization like HRC assert its influence on the nomination process, this level of involvement leaves corporate sponsors with little justification for supporting such a partisan organization.

HRC positions itself as “civil rights organization” focusing on LGBT issues. However, its history as a “hyper-partisan propaganda outfit” is clear. Commentator Brad Polumbo writes in National Review:

HRC is essentially an arm of the left-wing movement, outrageously smearing congressional Republicans as anti-gay for their stances on completely unrelated issues such as Obamacare, immigration, and Planned Parenthood funding. They’re so skewed that when the Trump administration unveiled its diplomatic initiative to fight the criminalization of homosexuality globally, the gay-rights group didn’t celebrate the rare moment of bipartisan agreement on human rights — they put out a Twitter thread slamming the president.

In addition to spearheading the left’s assault on state laws upholding traditional marriage, HRC has called for restrictions on 2nd Amendment rights, organized grassroots opposition to the Trump tax cuts, and is driving force behind the nefarious Equality Act—a sexual orientation and gender identity (SOGI) accommodation mandate at the federal level.

Yet, major corporations like Target (1.4 – Liberal), Nike (1.9 – Liberal), and Starbucks (1 – Liberal) fuel HRC’s political efforts as direct partners. Hundreds of other companies kowtow to the demands of HRC’s CEI criteria—an ever-changing list of mandates to make sexual orientation an issue in the workplace and in marketing strategies, as well as punish companies that refuse.

Exerting influence on presidential politics as an advocacy organization is certainly within HRC’s prerogative, but, as Polumbo continues, this debate is essentially a platform to solidify Democrat compliance with the LGBT agenda:

Like much of what’s pushed by progressive LGBT advocates, this forum is a purely symbolic gesture that exemplifies the natural consequences of identity politics run amok. Pleasant buzzwords aside, an LGBT-only presidential debate is entirely pointless and only serves to distract from more pressing issues. Worse, it inflates the reputation of hyper-partisan gay-advocacy organizations that often do more harm than good.

By aligning with such a hyper-partisan organization like HRC, corporate supporters are clearly choosing sides. A company cannot partner with HRC and pretend to be neutral. Below you will see the companies in our database that are direct supporters of HRC’s agenda. More information on HRC and the CEI can be found here.

Use the links provided to directly contact these corporations and let them know why support for HRC is support for the left’s agenda.