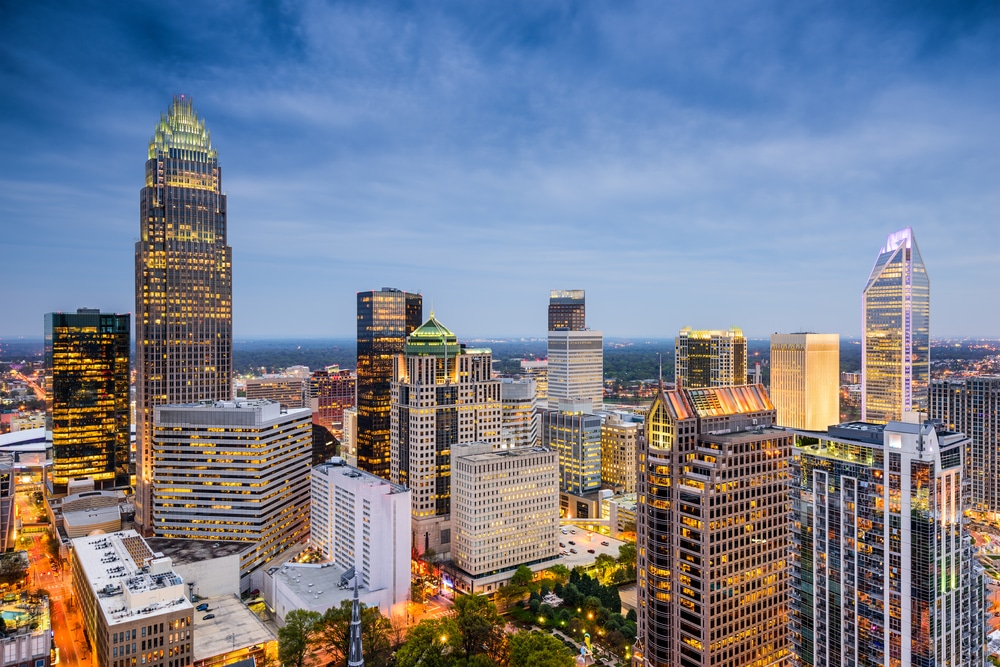 It’s the politics, stupid. And customers are tired of it.

Bank of America and Wells Fargo are liberal companies, their records of supporting radical LGBT advocacy organizations like the Human Rights Campaign are well documented (see here and here). So seeing these two companies at the center of the misinformation campaign against North Carolina’s HB 2 last year came as no surprise.

The CEOs of both Bank of America and Wells Fargo signed a letter drafted by HRC and Equality North Carolina claiming HB 2 “sanctioned discrimination across North Carolina” leaving out, of course, the fact that HB 2 was passed because the City of Charlotte had enacted a measure forcing businesses to allow men in women’s restrooms. But, consistency, common sense, and safety were not the primary concerns of the coalition that formed to advance HRC’s political agenda. The left wanted to conflate the issue into an controversy reminiscent of the Civil Rights Era, which is evident in the closing of that letter:

Discrimination is wrong, and we believe it has no place in North Carolina or anywhere in our country. As companies that pride ourselves on being inclusive and welcoming to all, we strongly urge you and the leadership of North Carolina’s legislature to repeal this law in the upcoming legislative session.

Now, the furor has died down since North Carolina passed “compromise” legislation that appeared to mollify the business community. However, one LGBT advocacy organization in the state is facing very real discrimination this summer: Gays for Trump.

That’s right, Charlotte Pride, the organizers of the Charlotte Pride Festival and Parade, won’t let Gays for Trump enter their float in this year’s parade.

The organization didn’t specifically address why the application was denied, but did release a statement saying:

Charlotte Pride envisions a world in which LGBTQ people are affirmed, respected and included in the full social and civic life of their local communities, free from fear of any discrimination, rejection, and prejudice.

Brian Talbert, who submitted the application and is “proud to be gay and proud to be a Trump supporter,” noted the irony of Charlotte Pride’s decision:

For a group of people to claim to want tolerance, acceptance, and give it to every single person you can imagine to give it to, for them to sit back and judge me for exercising my right as an American to choose my leader without judgment is hypocritical.

Todd Starnes opined in a recent column, “Those who preach tolerance and equality are normally the least tolerant and least equal of all.” That certainly seems to be the case in this situation. However, it should also be noted Bank of America and Wells Fargo are two of the top corporate sponsors of Charlotte Pride.

According to the Charlotte Pride website, both companies have made substantial contributions, enough to earn prominent billing as “Presenting Sponsor” and publish statements of support. Bank of America pronounced, “We stand proudly with Charlotte Pride and their efforts to champion equality and inclusiveness for everyone.

Wells Fargo added, “We can’t be one of the world’s great companies unless we become more diverse and inclusive.”

Keep in mind where Bank of America and Wells Fargo stood on HB 2 and the Charlotte “bathroom bill” that instigated the controversy in North Carolina in the first place. The sexual orientation and gender identity, or SOGI, accommodation mandate generated considerable safety concerns as it forced businesses to allow men into women’s restrooms and changing rooms on the sole basis of how they identify at that moment, not according to biological sex. Furthermore, the new law essentially trampled on the religious liberties of business owners as LGBT activists have used similar SOGI accommodation measures to persecute cake bakers, florists, and others for declining to participate in same-sex weddings.

In reality, these SOGI accommodations are not about “diversity” or “inclusiveness” or other terms used by left’s allies in the business community distort the debate. The so-called “bathroom bills” are a key plank of the liberal LGBT political agenda that ultimately seeks to silence dissent and coerce those who object into affirmation of that agenda.

Bank of America and Wells Fargo aren’t the only corporate sponsors of Charlotte Pride, nor are they the only companies to support HRC’s advocacy against HB 2. For example, American Airlines, Google, Microsoft, and PNC Bank, just to name a few, are equally involved in the hypocrisy. To these companies, the words “diversity” and “inclusiveness” are only important when aligned with the left’s political goals. When liberal organizations like Charlotte Pride do engage in actual discrimination, these words are apparently casual rhetoric.

The discrimination against Gays for Trump illustrates how the LGBT agenda is primarily political and leaves only two possibilities for why corporations are involved financially and through direct advocacy. Either companies like Bank of America and Wells Fargo are paying lip service to the left’s concept of “inclusiveness” for the sake of public relations when convenient, or, even more troubling they are active partners in advancing the left’s political agenda.

In recent months, Target has paid a price for the side it took in this very debate. Isn’t it time to let Bank of America and Wells Fargo know why conservatives just want companies to stay out of the politics?

Reach out to Bank of America and Wells Fargo with the links below and let them know why companies should avoid being a part of the left’s political hypocrisy.