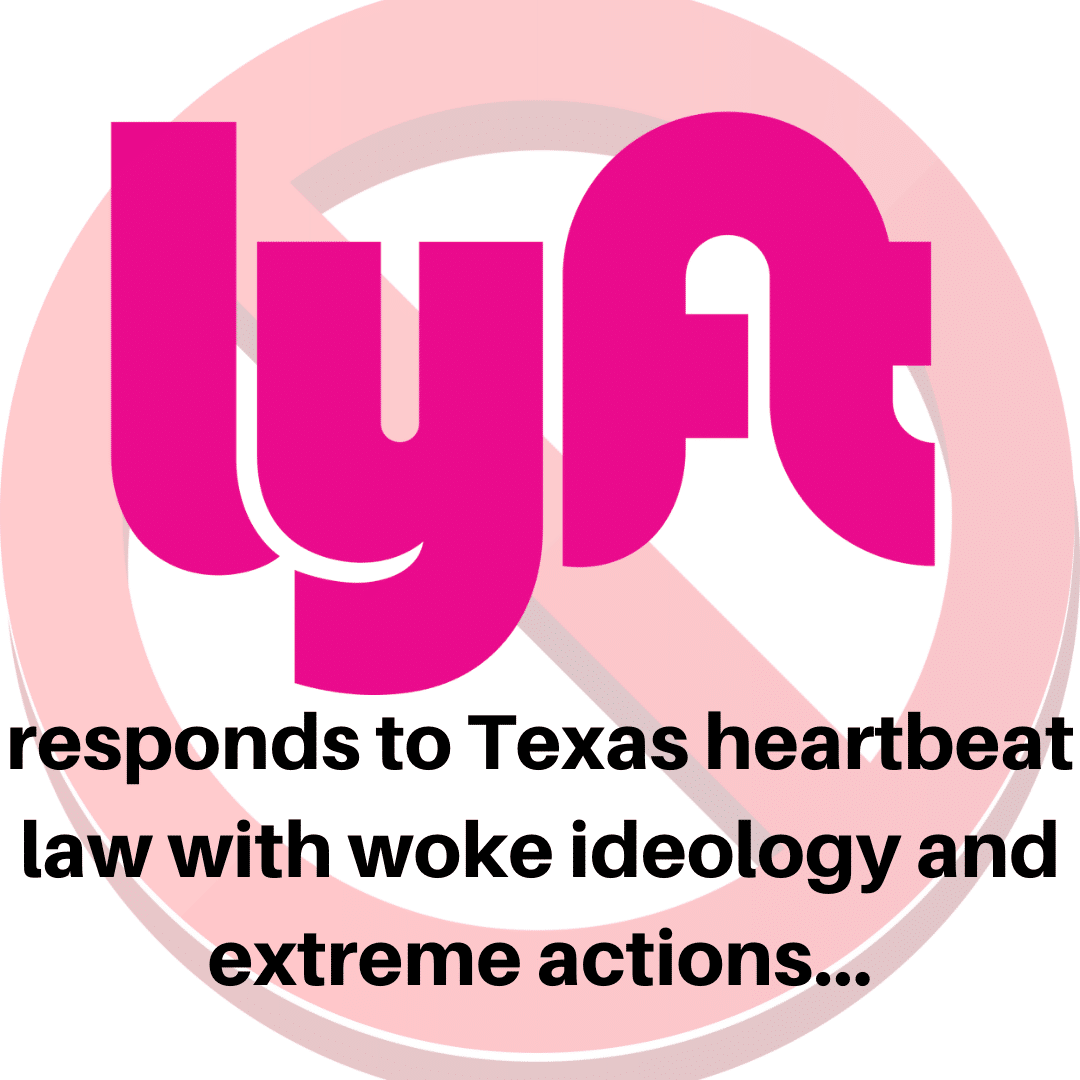 State legislators have a duty to enact laws supported by their constituents. This foundational principle is core to America’s Constitutional, federalist system. But it’s also somehow controversial to woke social justice warriors, who rail against any state policy that goes against their vision of a progressive cultural utopia.

The latest state to end up in their crosshairs is Texas. Their newly enacted “Heartbeat Law” prohibits abortion after 6 weeks gestation, making it a civil offense to perform or aid in one after the unborn child has a heartbeat.

Never mind that a plurality of Americans support the law. It contradicts the authoritarian woke agenda, so woke corporations have dutifully fallen in line to express their opposition.

One of the most ridiculous responses is from ride-sharing app Lyft (1.00), whose CEO Tweeted that since their drivers could be considered “aiding abortion” by bringing women to their appointments, Lyft would cover legal fees for drivers sued under the law. They also gave a $1 million donation to Planned Parenthood.

For a company that waxes poetic about their employees’ value, Lyft cares little for their freedom of expression. Just weeks ago, they fired a driver for listening to a radio show a passenger deemed “racist.” Ironically, the show featured a Black host accusing Black Lives Matter of ignoring how abortion destroys more Black lives than any other demographic. Clearly, Lyft values their employees only when they dutifully adhere to pro-abortion ideology: acceptance earns applause; dissent gets you fired.

While Lyft put their hypocrisy on display, it isn’t the only company taking a stance against Texas’ new law. Dating app Bumble pledged to help Texas-based employees terminate their pregnancies out of state. GoDaddy Inc. (2.67), a website-hosting service, took down a site used to report violations of the new law.

These companies must get out of the business of policymaking and leave that to lawmakers and the courts. Until they do, take your money elsewhere. Perhaps when we hold Lyft accountable for their support of destroying human life, they’ll get out of politics and back to business.

Please reach out to Lyft, Bumble, and GoDaddy to share your collective thoughts on the pro-life issue and let your voice be heard!