Made in America Series: American Fireworks 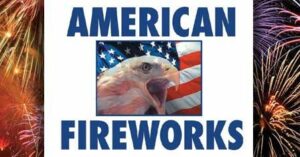 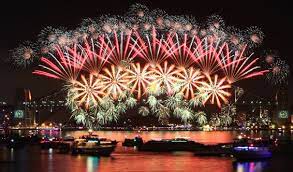 American Fireworks Company was started in 1902 by Vincenzo Sorgi, the fourth generation of his family to be involved in the field of pyrotechnics.

Starting out in one small building, Vincenzo Sorgi quickly gained recognition for his handmade products of beauty and quality. In 1929, “Jimmy the Bomb” (as his friends referred to him) gained worldwide recognition by becoming one of the first attempting to shoot a rocket to the moon. Though never achieving his goal, his designs and plans closely parallel those used today and he was regarded as an innovator, well ahead of his time.

Today, over a century later, things at American Fireworks have changed very little. The business is still family owned and operated. Vincenzo’s son Jim and grandson John guided it from the late 20’s to the early 2000’s; they were the fifth and sixth generations of the Sorgi fireworks family. Now, over a hundred years later, Jim’s wife Nancy, John’s wife Mercy and the seventh generation of Sorgi’s, his great grandsons John and Roberto, are carrying on the family’s passion. Over their seven generations they have always tried to raise the bar in terms of quality and most importantly safety.

Vincenzo’s one building on 1/2 acre has grown into more than 60 buildings on 70 acres. Special formulas, handmade craftsmanship, and unique touch for each show are still hallmarks of the company. Although they are no longer trying to shoot rockets to the moon, their firework displays are still like Vincenzo said, “ahead of their time.”

American Fireworks are made in Hudson, OH

Check them out here!

The best way to make positive change in the world of woke businesses is to vote with your wallet, so remember: shop local, shop the highest score possible, and shop American! 2ndVote is not paid for this feature. While any products or companies featured in this series have been vetted for being American-made, there is not a guarantee that all such companies have been scored by 2ndVote at the time of publication.