Made in America Series: CREEKKOOLER

20 Jun Made in America Series: CREEKKOOLER

This week’s featured Made-in-America product is the CREEKKOOLER: 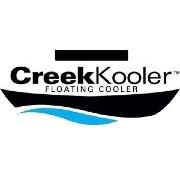 The CreekKooler glides across all surfaces and easily navigates behind your kayak, canoe, SUP or raft. With tow points allowing users to tie it to their boat or canoe, users favorite beverages and food are always within arms reach.

The CreekKooler, whether used as a cooler or for safe storage, is at home anywhere, especially in the water.

CreekKooler is made in Rogers, AR

Check them out here!

The best way to make positive change in the world of woke businesses is to vote with your wallet, so remember: shop local, shop the highest score possible, and shop American! 2ndVote is not paid for this feature. While any products or companies featured in this series have been vetted for being American-made, there is not a guarantee that all such companies have been scored by 2ndVote at the time of publication.