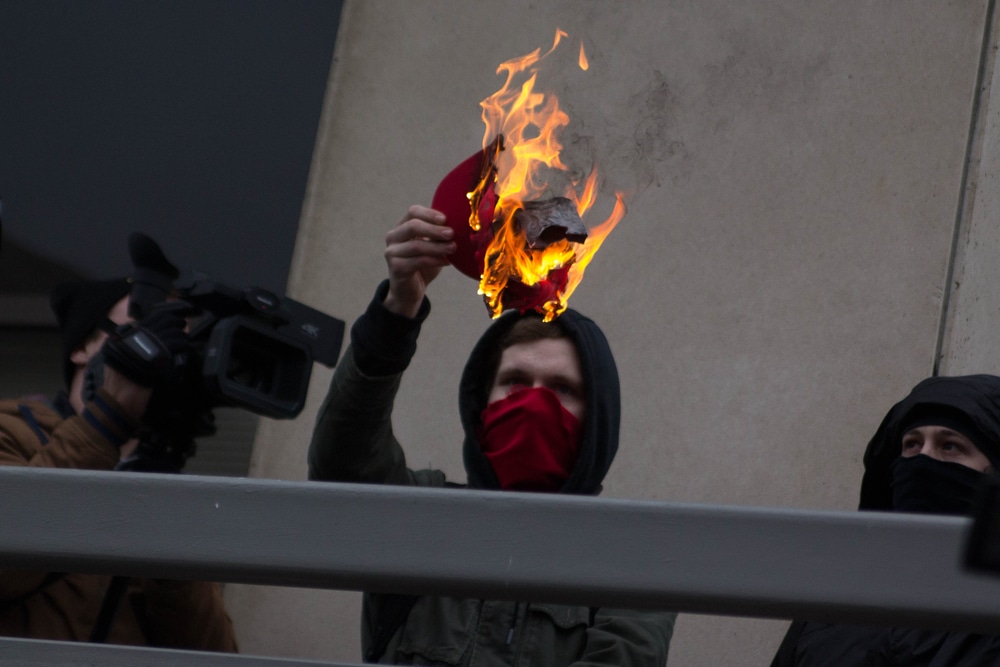 D. James Kennedy Ministries has filed a defamation lawsuit against the Southern Poverty Law Center (SPLC) over the reckless and politically motivated use of the “hate group” tag.

Click here to see the corporate supporters of SPLC.

A spokesman for Kennedy Ministries said:

It’s completely disingenuous to tag D. James Kennedy Ministries as a hate group alongside the KKK and neo-Nazis. We desire all people, with no exceptions, to receive the love of Christ and his forgiveness and healing. We unequivocally condemn violence, and we hate no one.

It’s ridiculous for the SPLC to falsely tag evangelical Christian ministries as “hate groups” simply for upholding the 2,000-year-old Christian consensus on marriage and sexuality. It’s nothing more than an attempt to bulldoze over those who disagree with them, and it has a chilling effect on the free exercise of religion in a nation built on that. We decided not to let their falsehoods stand.

SPLC’s so-called “hate map” has been linked to violent attacks against conservatives in the past. In 2012, a gunman wounded a Family Research Council (FRC) employee when he attempted to gain access to the organization’s Washington, DC headquarters. The suspect would later tell FBI investigators he targeted FRC because it was listed as an “anti-gay group” by SPLC and “planned to kill as many people as possible and then to smear [Chick-fil-A] sandwiches on their faces as a political statement.”

SPLC was also linked to the recent attack on the Republican Congressional baseball team practice when U.S. Representative Steve Scalise wounded by a gunman who was reported fan of SPLC’s Facebook page, in addition to other leftist groups.

The Kennedy Ministries lawsuit is a serious matter because SPLC sits on top of a massive warchest–an endowment of over $300 million–to finance it’s legal battles and political attacks. The Washington Times reports SPLC’s rating was downgraded last year from a “C+” to an “F” for having an indordinate amount of reserve assets compared to annual operating costs. William Jacobson of Legal Insurrection suggests “SPLC’s bad habit sensationalizing and politicizing ‘hate’ ” is designed “to generate even more money for its already bloated coffers.”

Unfortunately, ‘sensationalizing hate’ appears to work for liberal corporations eager to help fund SPLC’s agenda. Both Apple ($1 million) and JPMorgan Chase ($500,000) have pledged to massive donations of corporate dollars in recent days. Apple has also launched a platform to solicit donations to SPLC through it’s iTunes store. Incidentally, the Hollywood liberal icon George Clooney he would be donating $1 million through his foundation as well.

Apple and JPMorgan Chase aren’t the only companies supporting SPLC’s defamation and targeting of conservatives. We’ve compiled a list of fifteen other corporations that directly enable SPLC’s politically motivated attacks. Our SPLC resource page documents the financial relationships between companies like Charles Schwab, Kraft Heinz, Newman’s Own, Verizon, and more and this radical group whose misleading information has helped inspire true violence.

The lawsuit brought by Kennedy Ministries is a first step to defunding SPLC, but conservatives can support that goal every day through informed shopping decisions.