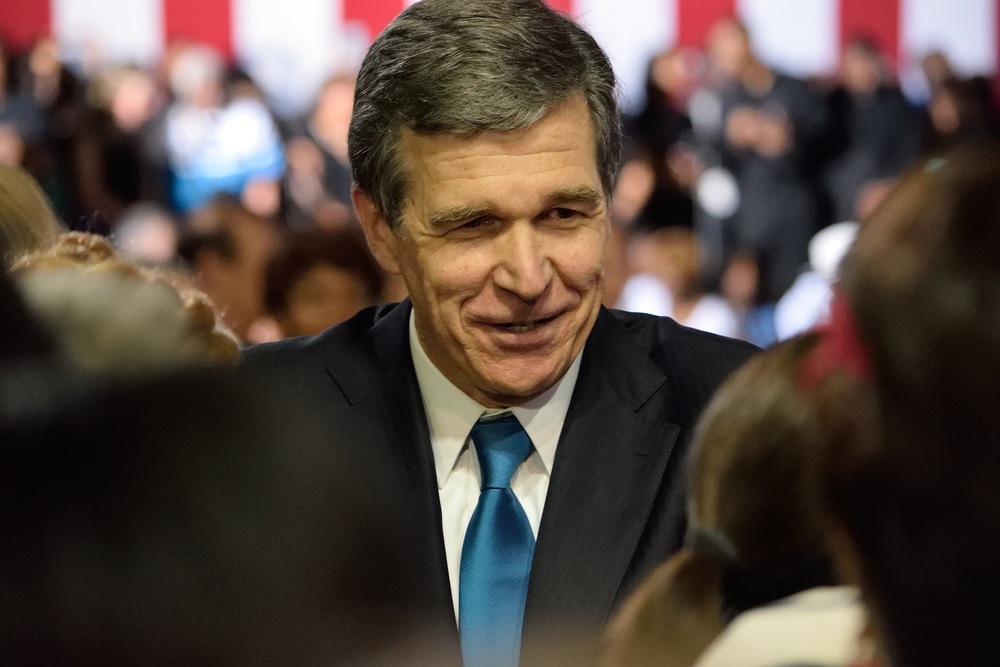 North Carolina Governor Roy Cooper has reopened the “transgender bathroom” debate despite previous promises to move past the issue.

In March, Cooper signed HB 142, a “compromise” legislation to repeal 2016’s HB 2 that had been enacted in response to safety concerns surrounding the City of Charlotte’s sexual orientation and gender identity (SOGI) accommodation mandate. The Charlotte measure allowed anyone to use a bathroom or changing room based on how they feel, not biological sex, and put the general public and business owners at risk. HB 142 essentially returned state law to pre-Charlotte SOGI mandate status.

However, Cooper’s administration has constructed a deal to settle a lawsuit against the state over the bathroom issue and issued an executive order that will allow anyone to use the bathrooms of their choice without regard to biological sex in public buildings and properties under the purview of the state’s executive branch. This would include facilities in all state-owned rest areas, parks, museums, and more.

Legislative leaders have blasted Cooper’s order saying, “Roy Cooper made a deal with the business community and the legislature to repeal HB2 and put divisive social issues that North Carolinians are sick of hearing about behind us, and his attempt to resurrect these issues shows he acted in bad faith and lied about wanting to end the focus on HB2.”

Lt. Gov. Dan Forest released as state underscoring the safety concerns that will arise once again in North Carolina.

While I take at face value the Governor’s intent to help transgender people use the bathroom of their identity, his order creates a legal loophole that will be exploited by non-transgender pedophiles, stalkers and perverts. All bathrooms at state rest areas, parks and museums will now be fertile ground for sexual deviants who will falsely claim to be transgender to gain protected access to our women and children.

It is important to remember the SOGI laws promoted by groups like EqualityNC have been used to persecute cake bakers and florists who decline to participate in same-sex weddings in states like Oregon, Washington, and Colorado because of their religious belief. In other words, SOGI accommodations do more than just raise serious safety concerns, they undermine 1st Amendment protections for business owners as well.

Unfortunately, companies like Target and the corporate leaders behind EqualityNC are helping advance the left’s gender agenda using the dollars we spend when we shop. Here is a complete list of the companies that have stood behind EqualityNC’s efforts to undermine safety and religious liberty: