New Wine Company is an Unabashed Cheerleader for America 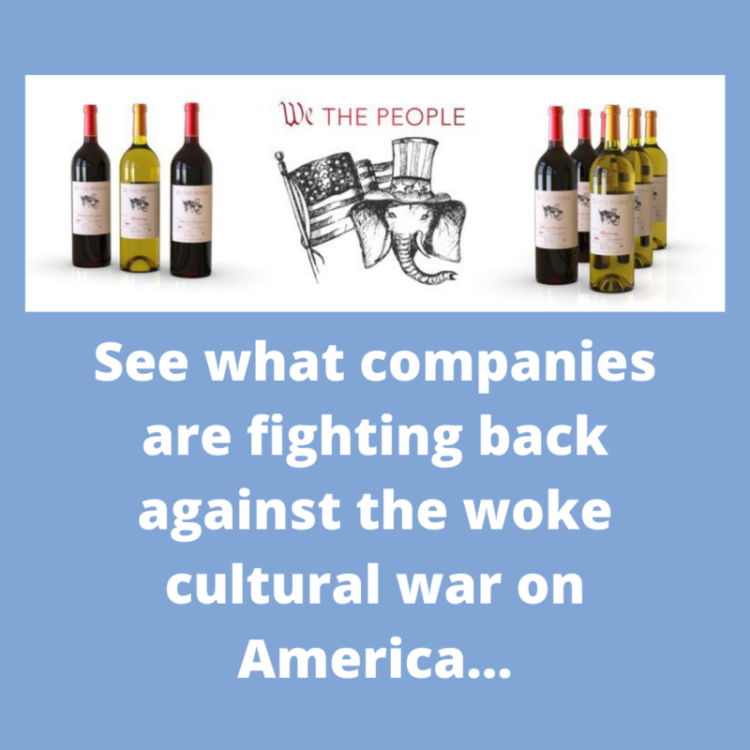 23 Sep New Wine Company is an Unabashed Cheerleader for America

It’s becoming a popular fad for companies to focus on America’s so-called faults, not our freedoms.

Bank of America (1.00): “All Americans need to see racism as a national issue.”

American Express (1.00): “George Floyd, Breonna Taylor, Ahmaud Arbery and Christian Cooper are just the latest victims… that indicate we still have a very long way to go as a nation to ensure that the human rights of all people are respected equally.”

Amazon (1.62): “The inequitable and brutal treatment of Black people in our country must stop.”

It doesn’t stop with corporations, either. This pervasive anti-American sentiment is also being passed on to our children. Several weeks ago, a California teacher removed an American flag from her classroom “because it made [her] uncomfortable.” She told her students to pledge allegiance to the LGBT Pride flag, instead.

Clearly, the cultural war on America is in full swing. Thankfully, some courageous organizations are fighting back, branding themselves as unabashed cheerleaders for our nation’s values. We the People Wine (3.68) is one of these companies, offering an alternative to wine-drinkers who proudly stand for our founding principles like freedom and equality.

We the People Wine is intentional about combating the anti-American orthodoxy pushed by many cultural and corporate icons. When he appeared on Fox & Friends last month, founder Ryan Coyne said, “We wanted to build a brand about American exceptionalism. Free people, free markets, free speech – all the values we think are under attack by world culture.”

Every We the People Wine bottle proudly features an American flag, and a portion of proceeds goes toward pro-American causes. Their recent advertisement, which went viral, features a near-prophetic President Ronald Reagan reminding us that freedom in America must be fought for.

That’s exactly what We the People Wine is doing. With their entrance into the market, wine-drinkers who love America now don’t have to buy from wine companies such as Barefoot (2.67) or Constellation Brands (2.67), which 2ndVote shows lean left. Instead, use your wallet to support your American values. To order a bottle (or two!) from We the People Wine today, click here and remember to thank them for what they are doing!

Use your voice to call out Barefoot and Constellation Brands to let them know why you will not continue shopping with them. Click the company names so that you can contact them directly through the 2ndVote page!