No Politics, Just Coffee, Donuts, and Ice Cream At Dunkin’ 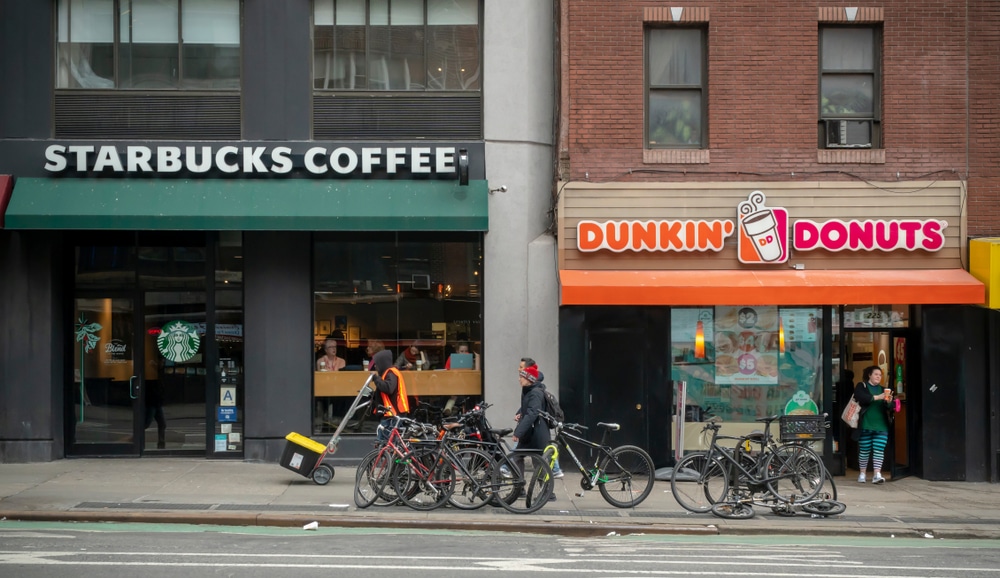 22 May No Politics, Just Coffee, Donuts, and Ice Cream At Dunkin’

“We are not Starbucks, we aren’t political — we aren’t gonna put stuff on our cups to start conversations,” says Drayton Martin, vice president of brand stewardship for Dunkin’ Brands (2.1 – Lean Liberal).

The statement during the International Trademark Association conference in Boston, MA earlier this week appeared to take a shot at the Starbucks (1 – Liberal) chain’s penchant for brewing discomfort in the coffee-shop experience.

“We don’t want to engage you in political conversation,” Martin continued. “we want to get you in and out of our store in seconds. It’s donuts and ice cream — just be happy.”

In 2015, then Starbucks CEO Howard Shultz implemented a company-wide campaign stoke conversations on race issues by having baristas write “Race Together” on coffee cups served to customers. Publicly roasted in the immediate backlash, Schultz later admitted, “Starbucks was called tone-deaf and patronizing. We were accused of overstepping acceptable bounds for a corporation, seizing upon a moment of national crisis to promote our brand, and preaching through the company megaphone.”

However, the “Race Together” campaign was not the only time Starbucks and Schultz left customers with a bitter taste. At the company’s 2013 annual meeting, the former CEO suggested investors “sell [their] shares in Starbucks and buy shares in another company” if they opposed the company’s advocacy for same-sex marriage. Also, a 2015 decision to remove “symbols of the season” from the annual Christmas cup design put the company in more hot water.

Dunkin’ would rather not have their customers worked into a froth. “We don’t want people burning their Munchkin boxes,” said Drayton.

Indeed, like ESPN, Dunkin’ appears to be another example of a major brand finding that neutrality is better for business. While it may be a hole in the logic, modern corporate culture is infatuated with political posturing despite what customers want. The new reality in marketing may just be that staying out of the political debate is the easiest way for a company to differentiate itself from the competition.

If these companies are going choose the right blend of listening to what customers want and business strategy, we need to encourage them along the way. Let Dunkin’ (and ESPN by clicking here) know that we support having our coffee without the politics. Use the links below to contact Dunkin’ directly.

Help us continue exposing corporations for their activism and identifying the best alternatives by becoming a 2ndVote Member today!