NRA Vs. Moms Demand: How Many Showed Up? 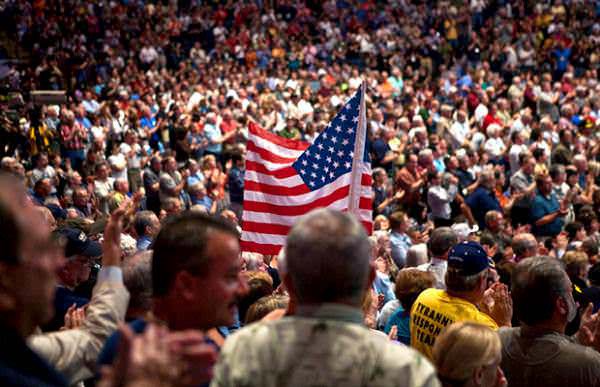 01 May NRA Vs. Moms Demand: How Many Showed Up?

Shannon Watts wants companies to think they’ll lose business unless they give in to her demands:

“Moms and women oversee nearly 80 percent of household spending, and Moms Demand Action is going to make sure they spend those dollars at businesses and institutions that respect and support the safety of our children and families.”

The fact that 98% of mass shootings occur in so-called “gun-free zones” is the first problem with this line of thinking. Apparently criminals feel safer where they know no one else is armed.

The second problem for Watts is the ineffectiveness of boycott threats when nobody is willing to join your movement.

Every year, Watts and Moms Demand hold their “counter-rally” during the National Rifle Association’s Annual Meetings. And, every year, no one shows up.

Last weekend in Atlanta, Bob Owens of BearingArms.com, strolled over to take a few pictures of the Moms Demand event and 2017’s “counter-rally” may have been the smallest one yet:

Now, compare that to the 80,000+ who attended the NRA’s Annual Meetings this year:

#NRAAM2017 welcomed 81,836 @NRA Members to Atlanta! A huge thanks to the #NRA family for a truly great Annual Meetings! pic.twitter.com/XvJzExp74e

Also, creating the most significant problem for Watts’s logic: attendees were allowed to carry weapons all weekend at the Annual Meetings and, not surprisingly, the presence of guns in the hands of 80,000 law-abiding citizens didn’t present a single problem. In fact, one might argue that Watts would have been safer in at the NRA’s even than her own.

The following companies have bowed to pressure from Watts and Moms Demand and asked customers to refrain from carrying firearms in their stores, even customers holding concealed carry permits. On their scorepages are contact links where you can ask why they chose to placate the Moms Demand rent-a-(small)crowd.