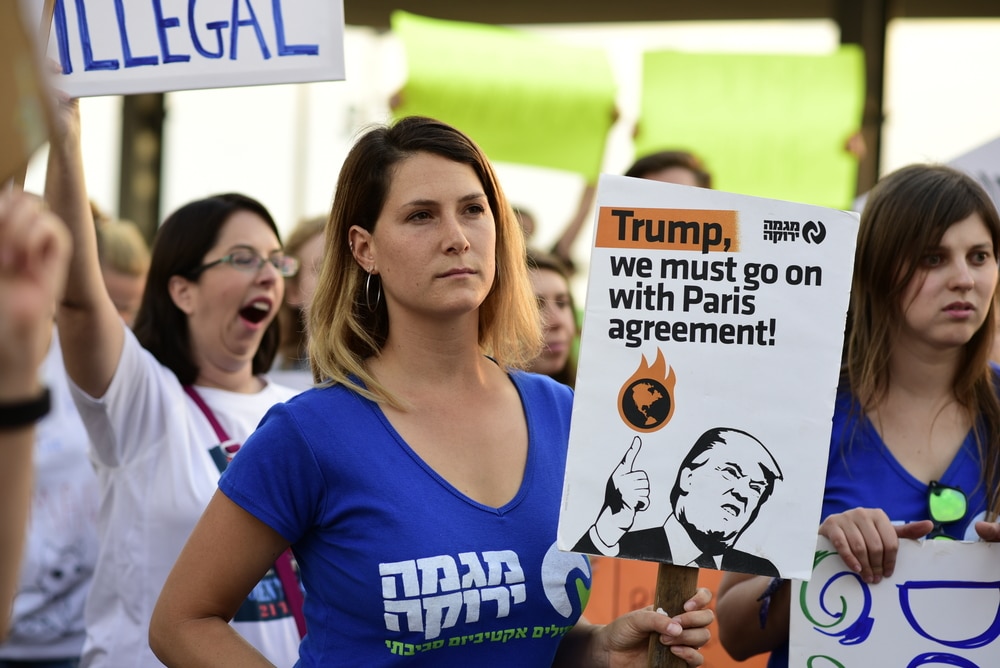 Posted at 15:05h in Environment, News by 2V Comms 5 Comments

President Donald Trump kept a major campaign promise earlier this week and announced the withdrawal of the United States from the 2015 Paris Agreement.

The agreement, which was negotiated at the United Nations Climate Change Conference, or COP 21, was roundly criticized by conservatives for its long-term economic costs and lack of any meaningful enforcement mechanism. Essentially, the Paris Agreement was a meaningless show of “climate virtue-signaling.”

The Cornwall Alliance explained why the withdrawal was the right decision:

Because even assuming climate alarmists are right and human emissions of carbon dioxide are driving dangerous global warming, full implementation of the Paris agreement throughout this century would be no help to the environment or to people. Instead, it would be harmful to both.

And as President Trump said today, the Paris agreement is predicted by its proponents to “reduce global temperature by no more than 2 tenths of a degree Celsius.” That reduction would cost $23 to $46 trillion per tenth of a degree Fahrenheit—an amount that will have no effect on the environment or human wellbeing.

Yet, while the Paris Agreement appears to be nothing more than environmentalist posturing, many corporations have been some of its biggest cheerleaders. In fact, at the request of the Obama Administration over 150 companies pledged to unreservedly support the agreement before COP 21 convened and many of those have begged President Trump to remain in it.

Some commentators have suggested “green cronyism” and the appetite for taxpayer-backed subsidies followed by investment dollars motivates the corporate activism on this issue. And beyond cronyism, the eagerness to take a position appears to be inspired by naked ideology.

In recent weeks, many companies and their CEOs have signed open letters (here and here) in support of the Paris Agreement and 2ndVote’s research shows that many of these companies have a history of supporting very liberal positions on all the issues:

However, The Daily Caller believes conservatives steadfastness was ultimately responsible for influencing President Trump’s decision and reports, “Conservative groups, White House officials and Republican lawmakers worked behind the scenes and in the media as part of the “resistance” movement to the Paris accord… They worked to nudge Trump in the direction of withdrawing from Paris, constantly reminding him of the legal risks to not fulfilling his promise to supporters.”

This means the withdrawal from the Paris Agreement is a major victory for conservatives over the liberal corporate interests and The Daily Signal lists four reasons why this is a good thing for Americans:

1. Paris was costly and ineffective.

3. Withdrawal is a demonstration of leadership.

At 2ndVote, we’ll continue to provide the research to help conservatives hold companies accountable for their advocacy on environmental issues and more. Be sure to click the links above to see the company scorepages and contact links to tell their leadership why supporting the liberal agenda is bad for business and stands in stark contrast to our values.

Help us continue providing content on corporate activism by donating to 2ndVote today.