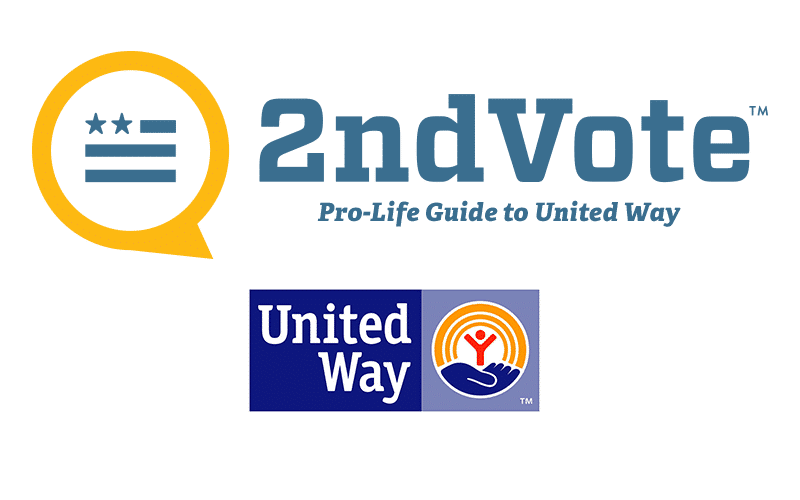 “Every year, 2ndVote takes an extensive look at United Way affiliates that help fund the world’s largest abortion provider, Planned Parenthood,” said Executive Director Robert Kuykendall. “Our research is designed to give conservatives and pro-life activists a resource to make sure their charitable donations won’t be used to support Planned Parenthood’s abortion business.”

“According to Planned Parenthood, an abortion can cost up to $950. This means United Way dollars essentially paid for the equivalent of at least 2,901 Planned Parenthood abortions over the course of a single year,” continued Kuykendall.

“Year after year, we find United Way’s greatest financial support for Planned Parenthood occurs in so-called battleground states. Given Planned Parenthood’s political presence in these states, it is especially concerning that United Way would be a top donor and financial conduit in these areas,” Kuykendall said.

However, 2ndVote’s investigation has uncovered some good news for pro-life conservatives. The 62 United Way organizations that contribute to Planned Parenthood represent the lowest number for a single year since the project started.

Kuykendall concluded, “Planned Parenthood is being exposed for what it is: an abortion business and a left-wing political operation. We believe that our research is giving conservatives and pro-life activists a resource to hold organizations like United Way accountable. Using our donated dollars as leverage is a great way to get non-profits to stop supporting Planned Parenthood’s abortion agenda.”

The research for this update was conducted using the most recent Form 990 filings of United Way affiliates. At the time of publication, updated 990s for 3 of the previous donors to Planned Parenthood were not yet available.