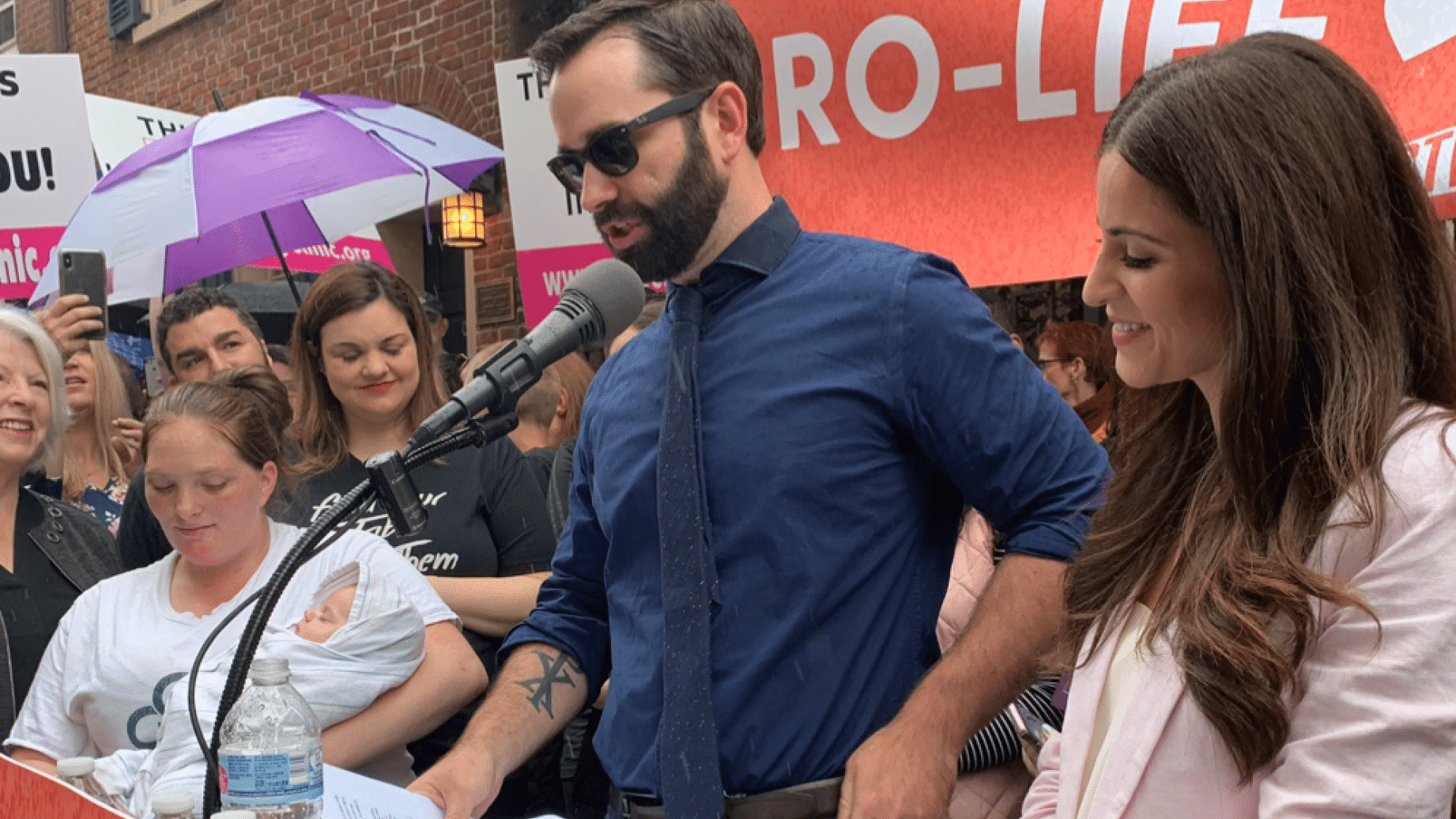 Have you see this jerk?

.@BrianSimsPA, you must resign from public office.

Your actions are a disgrace to Pennslyvania & our great nation.

That is Pennsylvania State Representative Brian Sims, a self-described “LGBTQ activist” and apparently a cowardly bully.

Last weekend, Representative Sims recorded himself harassing Pro-Life demonstrators outside a Philadelphia Planned Parenthood clinic. According to The Daily Wire, he also offered a $100 bribe to whoever would expose the personal information of three teenage girls praying outside the clinic.

However, instead of being cowed into silence, over 1,000 Pro-Life activists returned to the same street corner in Philadelphia less than a week later in response to Sims’s bullying tactics. The rally was organized by The Daily Wire’s Matt Walsh who spoke alongside Unplanned’s Abby Johnson and Live Action founder Lila Rose.

You can watch the entire rally in the video below:

Not surprisingly, Representative Sims was nowhere to be found. But Matt Walsh did recognize his contributions to the rally:

HUGE thanks to @BrianSimsPA for making this happen. We couldn’t have done it without him.

Will you send a special “thank you” to Brian Sims as well? Let’s send a note to Planned Parenthood’s corporate supporters and ask why they align their companies with pro-abortion bullies. Use our research and choose one of the corporations on our resource page here. Each link has the contact information for each company where you can let them know we stand against Planned Parenthood.