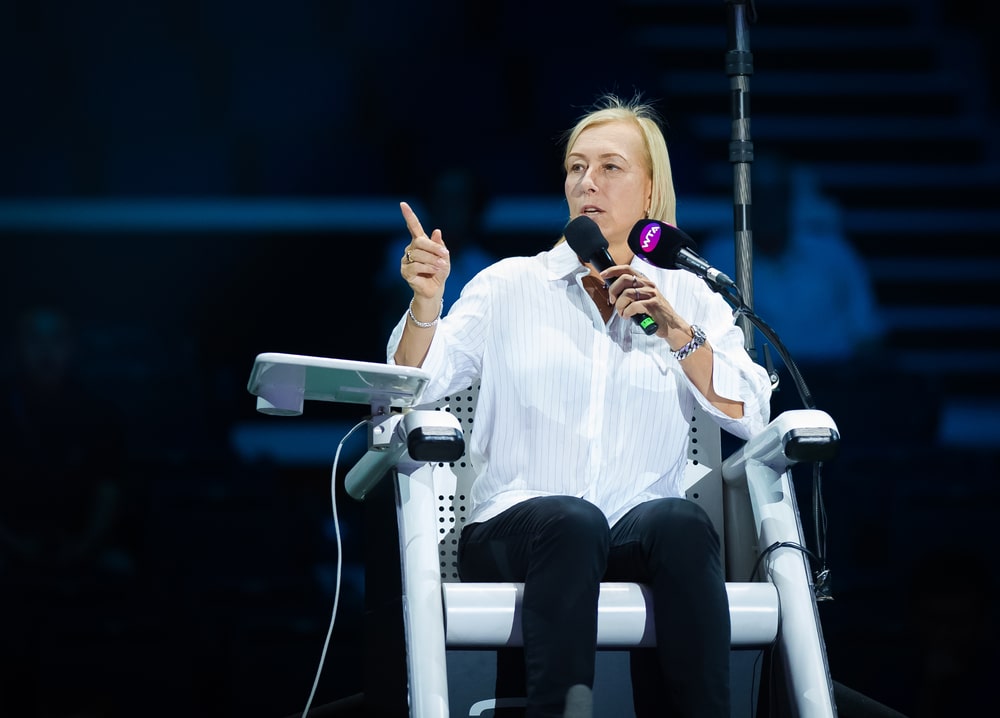 Martina Navratilova, the most dominant women’s tennis player of all time, has been removed from the advisory board of Athlete Ally, an activist group for LGBT athletes.

Her offense? Penning this op-ed that claims men who change their gender and compete in women’s sports have an unfair advantage based in biology.

Navratilova, who is a lesbian, wrote:

To put the argument at its most basic: a man can decide to be female, take hormones if required by whatever sporting organisation is concerned, win everything in sight and perhaps earn a small fortune, and then reverse his decision and go back to making babies if he so desires. It’s insane and it’s cheating. I am happy to address a transgender woman in whatever form she prefers, but I would not be happy to compete against her. It would not be fair.

Simply reducing hormone levels — the prescription most sports have adopted — does not solve the problem. A man builds up muscle and bone density, as well as a greater number of oxygen-carrying red blood cells, from childhood. Training increases the discrepancy. Indeed, if a male were to change gender in such a way as to eliminate any accumulated advantage, he would have to begin hormone treatment before puberty. For me, that is unthinkable.

Apparently, recognizing the innate physical differences between men and women is blasphemy under the left’s transgender ideology dogma. Athlete Ally released this statement on Navratilova’s excommunication:

Athlete Ally unequivocally stands on the side of trans athletes and their right to access and compete in sport free from discrimination. Martina Navratilova’s recent comments on trans athletes are transphobic, based on a false understanding of science and data, and perpetuate dangerous myths that lead to the ongoing targeting of trans people through discriminatory laws, hateful stereotypes and disproportionate violence.

As an organisation dedicated to addressing root causes of homophobia and transphobia in and through sport, we will only affiliate with those committed to the same goal, and not those who further misinformation or discrimination in any way.

Now, it comes as no surprise to see leftist groups like Athlete Ally turn on their own. However, it is a surprise to see many major corporations funding this group’s radical position. These corporate sponsors, through their donations, are essentially endorsing an ideology that says not only can men become women by simply feeling that way, but women should also be forced to compete directly against men on an uneven athletic playing field.

Does “toxic masculinity” include stealing women’s places in sports?

Below is a partial list of Athlete Ally’s corporate sponsors. You can view the rest here.