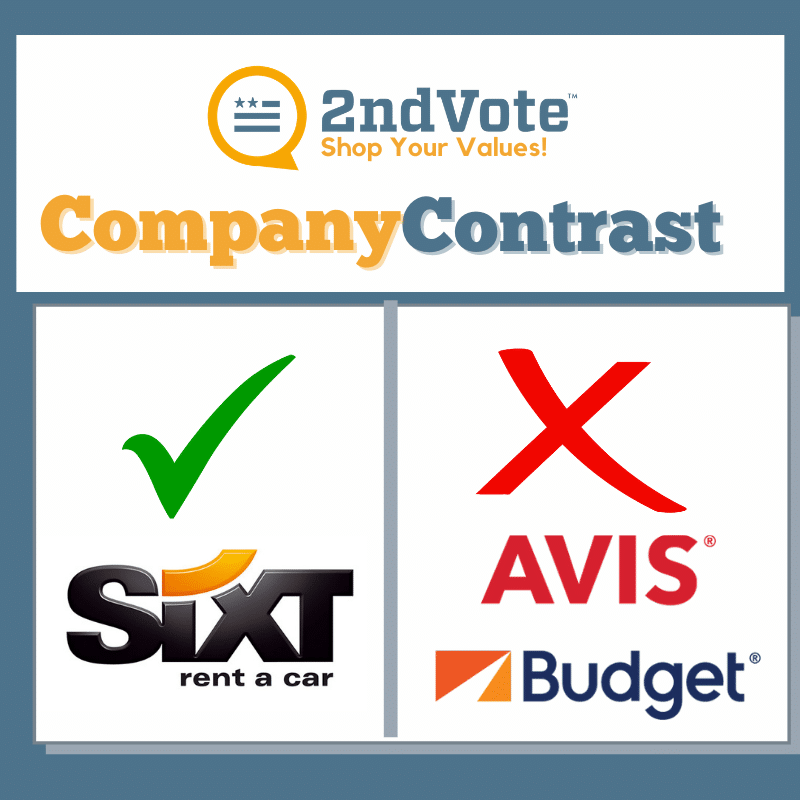 Each week 2ndVote takes a look at popular companies that score poorly and then provides an alternative that better aligns with the 2ndVote values. This series is called The Company Contrast, and the company we will be focusing on this week is Avis Budget Group (2.73).

Originally a subcomponent of the Cendant Corporation’s travel division, Avis Budget Group was formed in 2006 following the dissolution and renaming of their parent company. With brands such as Avis, Budget, and Payless car rentals under its ownership, Avis Budget Group is among the largest car rental companies in the nation. However, whether you’re traveling for business or leisure, Avis Budget Group should be one of your last-ditch options for car rental due to some of their troubling corporate activism. Although they have contributed modest sums to The Salvation Army, their partnership with Susan G. Komen, a score of 95 on the HRC CEI, and the fact that they discontinued their partnership with the NRA due to leftist pressure earns Avis Budget Group point reductions across several of the 2ndVote key issues.

On the other hand, SIXT Rent-a-Car (3.00) can show Avis Budget Group a thing or two about running their business without undue leftist influence. Due to a lack of any substantive information regarding political or social activism, SIXT Rent-a-Car earns a neutral score across all 2ndVote issues and offers a values-friendly service for concerned consumers. So the next time you’re traveling and need a rental car, be sure to check them out!