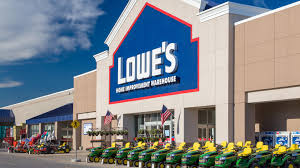 Each week 2ndVote takes a look at a popular company that scores poorly on the 2ndVote scoring system and then provides some better alternatives for you to easily align your shopping dollars with your values. This series is called The Company Contrast, and the company we will be focusing on this week is Lowe’s (2 – lean liberal).

Lowe’s is an American retail company headquartered in Mooresville, North Carolina specializing in home improvement. While Lowe’s has become one of the largest home improvement stores in the United States, they often use their dollars and influence to undermine your values.

Lowe’s scores a 2 according to 2ndVote’s scoring system.  This is due to liberal activism on Life, Marriage and the Environment.  Lowe’s signed the CEO Action Pledge for Diversity & Inclusion, and received a score of 100 on HRC s Corporate Equality Index. See more on HRC s position on marriage here.  Also, Lowe’s supports and partners with The Nature Conservancy,  which support environmental extremism policies such as cap-and-trade.

Fortunately, there are home improvement alternatives that won’t cause you to sacrifice your conservative views.  Try shopping at ACE Hardware, Menards or True Value Hardware. These are great alternatives to shop at without sacrificing your values. Their neutral stance on issues and commitment to their customers is why 2ndVote has deemed them better alternatives.