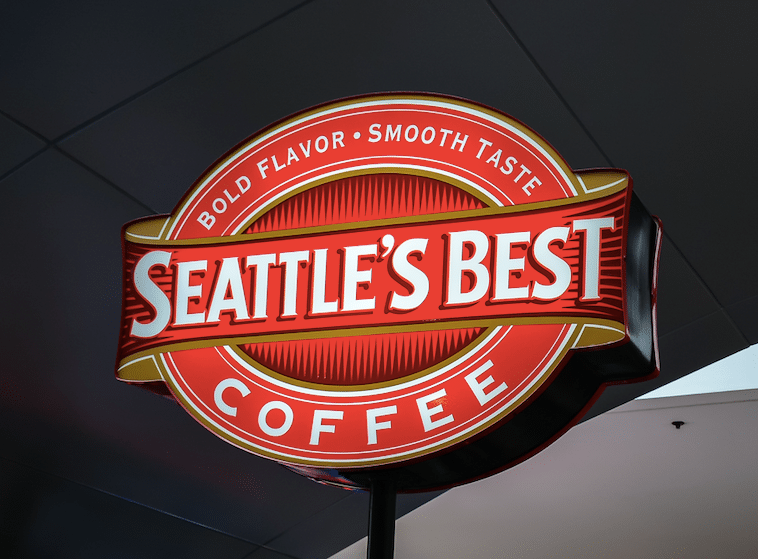 Each week 2ndVote takes a look at a popular company that scores poorly on the 2ndVote scoring system and then provides some better alternatives for you to easily align your shopping dollars with your values. This series is called The Company Contrast, and the company we will be focusing on this week is Seattle’s Best Coffee (1.14 – liberal).

Seattle’s Best Coffee is an American coffee retailer and wholesaler.  Since 2003, they have been a subsidiary of Starbucks.  It is sold in almost all large chain grocery stores and has become a popular brand of at-home coffee over the last few years.  However, since Seattle’s Best Coffee is owned and operated by Starbucks, many of their actions may undermine your values based on their radical agenda.

Seattle’s Best Coffee scores a 1.14 according to 2ndVote’s scoring system.  This is due to the actions of its parent company, Starbucks.  Starbucks funds Planned Parenthood both directly and indirectly, is a corporate sponsor of the Human Rights Campaign (HRC), and is involved in many actions attempting to eliminate our 2nd Amendment rights.

Fortunately, there are a number of coffee brands becoming mainstream that will keep you from sacrificing your values.  Green Mountain Coffee, Black Rifle Coffee Company, Dutch Bros. Coffee, and Folgers are a few great alternatives that are committed to their customers and producing great coffee, rather than supporting the leftist agenda.