The Good in Men: The Heroic Men We Don’t Hear About 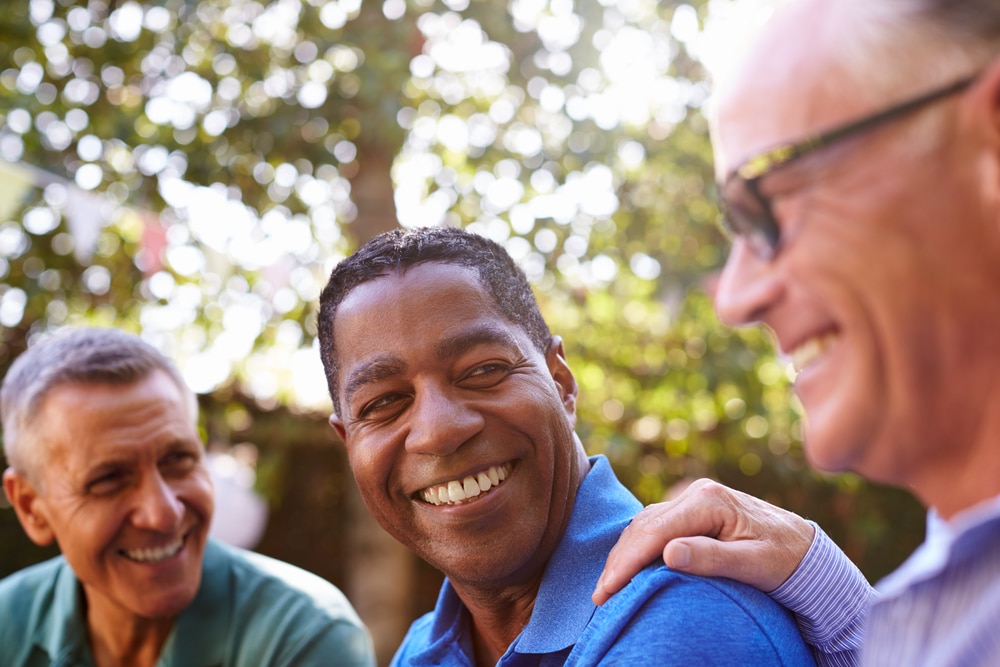 13 Jun The Good in Men: The Heroic Men We Don’t Hear About

As we have worked on this project to show “the good in men,” many have pointed out how abortion allows “toxic” individuals to exploit. The abortion industry covers up the crimes of abusers and human traffickers because it destroys the evidence of their activities.

This story, from one of our readers, shows that masculinity is a trait that protects and defends life, even as others are giving up hope because “toxic” men have abandoned their responsibility.

There’s no shortage of stories surrounding us of men behaving badly… abandoning their children, pressuring their girlfriends to abort, trafficking young girls, making pornography. While these depressing reports bombard us, it’s usually the heroic men we don’t hear about.

No one knows just how many men are involved in the pro life movement, but the work they do, usually behind the scenes, is crucial.

Pat is one of those men. He started helping out at the local pregnancy center a couple of years ago and looks around for anything needing to be done. He’s one of our “pick up guys,” driving around to pick up cribs, car seats, strollers, pack & plays etc. that folks want to donate, but can’t fit in their car. Pat sets up a time to go pick up the things and bring them in to our office. Everything there has to be checked for safety and cleanliness and then put in our equipment room, until the next client comes along that needs it. Packing up his truck and then unloading and carrying the donations into our office is physically demanding and time consuming, but the things he brings in are expensive new and appreciated by our moms with young children.

Mike has been involved in pro life work for years. He prays regularly outside two different Planned Parenthood locations, often with his wife and sometimes a young adult son or daughter, in 90 degree blazing sun and 15 degree howling wind. He tries to talk to the young women heading in for an abortion, and especially to the fathers who often wait outside. He knows how crucial it can be for a father to intervene to save his child, and to lead that child’s mother away from a tragic choice. He educates potential abortion victims on Planned Parenthood’s deceptive practices, refusing to show the baby’s ultrasound to the mother, and offers them real help with the Sisters of Life. More than once his selfless sidewalk counseling has involved introducing a young dad to another prayer warrior, a man who’s already had an abortion and has regretted it every day since. Getting a firsthand picture of what it’s really like later – the regret, the anguish, the what if’s – has saved babies’ lives at the very last minute.

29 year old Jay was prompted to start working with us by an experience as a taxi driver about six months ago. As a taxi driver he was asked to take a pregnant woman to Planned Parenthood. He circled around, trying to get the young mom to realize the permanence of her decision and the sanctity of the life she was carrying. Jay told her he couldn’t assist in the ending of the baby’s life and therefore would take her home. He then took himself to an Adoration chapel to pray for a while, where he felt guided to return to Planned Parenthood. “I had a feeling she went there to go ahead with the abortion and I had to do something about it. So I went inside and asked if she’d already had the abortion and they said she was still waiting.” He asked her to come back out and talk to him. She did, and as they were talking outside the building, two PP employees tried to get her back inside, not wanting to lose business. They kept interrupting, so Jay took the woman in his car and drove around with her for the second time. He shared with her that he has two children and that she couldn’t imagine how much she would love this child.

Jay’s passenger broke down crying and said an abortion was really the last thing she wanted to do, but she felt trapped. He looked up the nearest crisis pregnancy center and brought her in to the office, where she met with a compassionate counselor later that day. After seeing her baby’s ultrasound, this young woman has ruled out abortion and is now praying for guidance for her decision between raising her baby and finding adoptive parents.

The day Jay drove past PP, he noticed a group of folks praying out front. He went back a few days later and joined in, and now goes there regularly to pray and do “sidewalk counseling” – trying to deter young adults from heading inside for an abortion and sending them over to our office instead for real help.

Pregnancy centers need maintenance work just like anywhere else. Around the country men give their time doing what’s needed. Matt spent two days painting badly chipped walls and retired men Ron and Charlie bought and set up new shelving to store car seats, pack and plays, and bassinets, and assembled file cabinets for the pregnancy center, and are “on call” for minor repairs.

These are just a few of the great men who give their time and effort to support the work of a crisis pregnancy center.

Thank you, Patty, for your contribution. For more information on this project, click here.