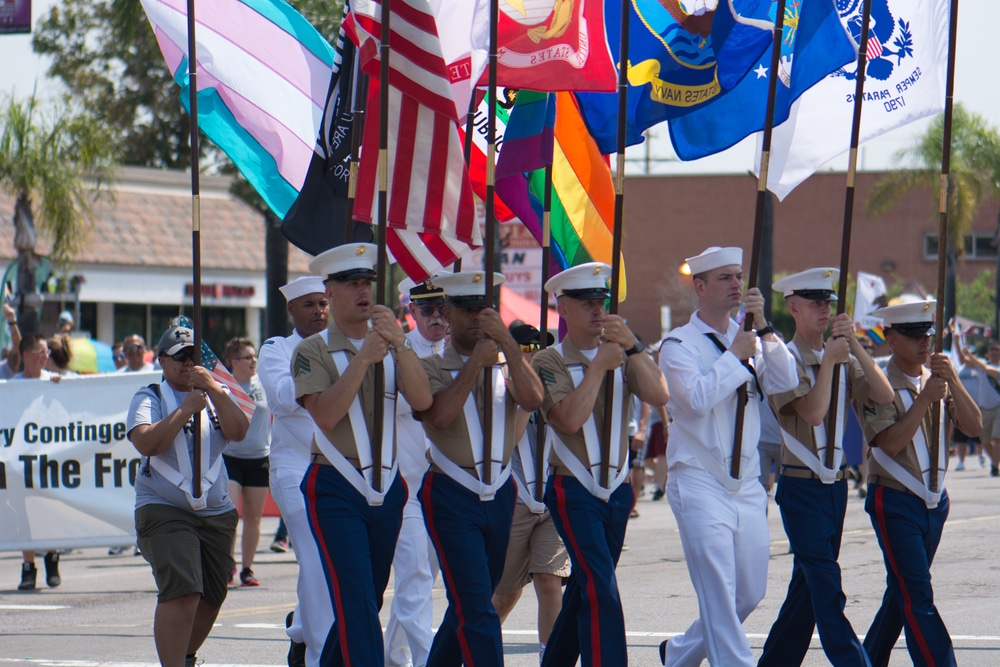 In a series of tweets, President Trump has announced the reversal of the Obama administration’s policy of allowing transgender people to serve openly in the United States military.

After consultation with my Generals and military experts, please be advised that the United States Government will not accept or allow……

….Transgender individuals to serve in any capacity in the U.S. Military. Our military must be focused on decisive and overwhelming…..

….victory and cannot be burdened with the tremendous medical costs and disruption that transgender in the military would entail. Thank you

Many conservatives have praised the move noting the military is an inapprorpriate institution for “social experimentation”:

I applaud the president for keeping his word to restore military priorities, ending the social experimentation that’s crippled our military.

It is worth noting that the military’s prohibition on transgender in the armed forces existed for 7 of 8 years of the Obama presidency. On June 30, 2016, then-Defense Secretary Ash Carter announced the policy change and confirmed the military would “cover the medical costs of those in uniform who wished to undergo gender transition.” Under that policy, service members would also undergo a mandated “training program” on transgender issues.

Despite Trump’s desire to end social experimentation by the military, the LGBT left, and several activist CEOs, have launched a misinformation campaign against the common-sense decision.

We are indebted to all who serve. Discrimination against anyone holds everyone back. #LetThemServe

I am grateful to the transgender members of the military for their service.  # LetThemServe.

What do Apple, Google, and Facebook have in common? All three have histories of pushing the radical, liberal agenda, especially on LGBT issues. Apple and Google are also corporate supporters of the liberal Human Rights Campaign (HRC), which responded to Trump’s decision using false statistics regarding the number of transgender people in the military.

HRC’s Twitter feed claims over 15,000 transgender individuals actively serve in the U.S. Military. However, a study by the RAND Corporation estimates the real number is 2,450 active personnel.

Keep in mind, HRC is the powerful LGBT organization that led the legal assault on laws protecting traditional marriage in recent years and has been involved in instigating controversies over so-called “bathroom bills” in states like North Carolina. Any company associated with HRC plays a direct role in advancing the liberal LGBT agenda and that is why we have developed a quick reference guide to show which corporations are behind HRC’s misinformation campaign. Click here to see more on HRC’s liberal ideology and the companies that enable their efforts to undermine common sense and basic values.