“Unbroken: Path to Redemption” is a Story Worthy of America’s Best Traditions 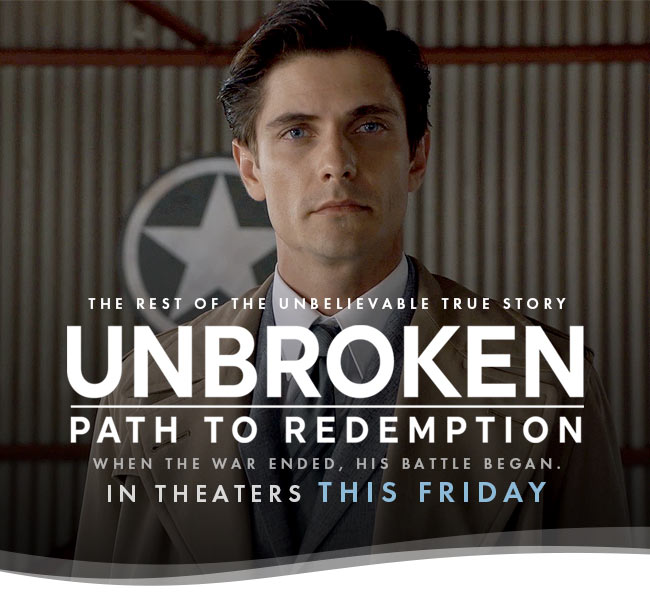 13 Sep “Unbroken: Path to Redemption” is a Story Worthy of America’s Best Traditions

All of these and more are at the center of “Unbroken: Path to Redemption“. Based upon the true story of World War II veteran and former Japanese prisoner of war Louis Zamperini, “Unbroken” follows Zamperini as he struggles with scarring from his war experience. In the first “Unbroken” film, viewers saw Zamperini prior to and during the war. The tortures and torments he dealt with included surviving a plane crash, 47 days on a life raft, and two years of torture.

Yet his real struggle was to come after the war, thanks to desires for revenge, alcohlism, and PTSD. The woman of his dreams, Cynthia, nearly divorces him. She eventually pushes him to come to a Billy Graham revival event with her in 1949. It was there where Cynthia found faith, and where Louie began his path to recovery.

2ndVote board chair Dr. David Black found this movie so compelling that he became one of its financial backers. We couldn’t be more proud to support this decision. The best of America’s values, and those of the Greatest Generation, are embodied in “Path to Redemption”. No politics, just a traditional American hero, his amazingly Christian wife, and the redemption we all seek from sin and sorrow.

“Unbroken: Path to Redemption” comes out in theaters this week. Find out where to see it near you!