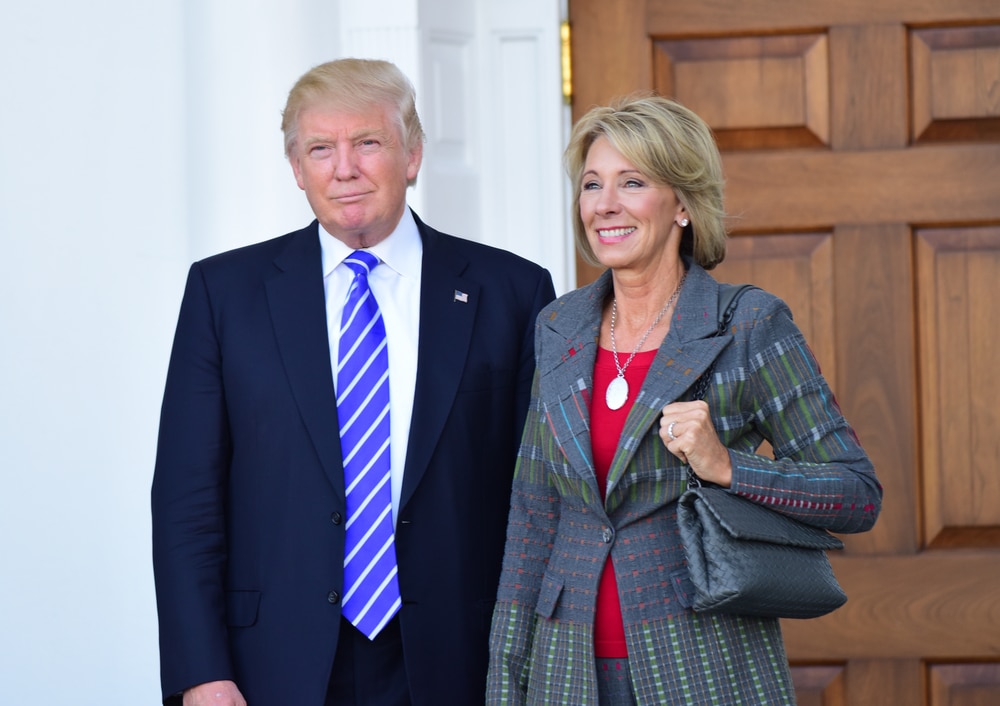 Now, CAP has joined several other liberal organizations to fight the the nomination of Betsy DeVos to lead the Department of Education because of her support for school choice, especially through charter school programs. DeVos is currently the head of the American Federation for Children and the former chair of the Alliance for School Choice, both organizations that advocate for school choice. The confirmation hearings for DeVos begin today.

Fox News reported yesterday that CAP has made a “shameless” call for Senators who had received campaign contributions from DeVos in the past to recuse themselves from participating in the confirmation process despite similar circumstances during surrounding Obama cabinet nominees in years past.

Furthermore, CAP has it’s own apparent conflict of interest as the Washington Free Beacon has outlined the hypocrisy saying, “CAP and its advocacy arm CAP Action Fund has received about $800,000 in contributions and grants from the NEA, AFT, and AFL-CIO since 2014.”

Remember, CAP, which has been called “Hillary’s Think Tank” because the organization was founded by Clinton campaign chairman John Podesta, is very well funded by liberal interests and major corporations like Walmart and Microsoft. We’ve listed more corporate supporters here to keep your informed on how your dollars are directly funding CAP’s political hypocrisy and, in the case of last week, racially divisive rhetoric.

If you have found this post informative or useful, please help 2ndVote continue exposing corporate advocacy by donating today.