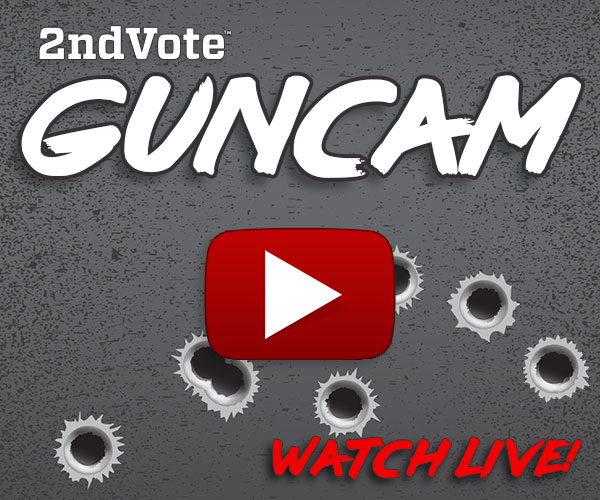 Will the gun on 2ndVote GunCam make it through an entire year without committing a crime? The countdown is on…

American left and its allies in the media have long insisted that it is guns, and not people, that commit acts of violence. Pieces at Psychology Today, The Nation, The Washington Post, The Huffington Post, Rolling Stone, and even the editorial board of the Journal of the American Medical Association have all supported the alleged accuracy of this notion.

Given this conclusion, it is nothing short of a miracle that 2ndVote’s GunCam video has recorded zero deaths and zero crimes committed by a gun which we have closely observed for nearly a year. Don’t take our word for it! Check out the live stream video below:

Perhaps we’re being unfair to those who believe inanimate objects can choose to kill human beings. That’s why we’re carefully scrutinizing GunCam. Will this pistol suddenly jump up and run away? Will it pivot and target the video camera by which it is being observed?

We doubt it. And like several companies which have recently separated from Dick’s Sporting Goods over its anti-Second Amendment corporate decisions, we’re very confident that no other guns will commit any crimes of any sort under their own volition. Like those companies, we know that millions of Americans safely use guns — many to defend themselves and their families.

Then again, Enterprise seems to disagree. So do dozens of other companies. Who is right — 2ndVote and America’s Founders, or these companies’ leaders who are afraid of anti-gun zealots?

The answer is still in the Great Unknown. So we shall continue our careful scrutiny of GunCam to ascertain the answer!