What is a Woman?

There seems to be a lot of confusion these days. What’s causing the massive inflation spikes? How do I provide for my family while holding firm to my values? Which church should I go to? How do I deal with representatives from my own political party going far left? It’s a lot! But some things are still not confusing, even if some on the other side are truly perplexed about them.

Ilan Srulovicz, CEO of Egard Watches, says the left isn’t even trying to confuse you and I, but rather they are trying to confuse our children with their woke views on women. Something so basic as male and female genders of the human race – backed up by thousands of years of science – is preposterous to question. The people that claim all white people are inherently racist (and cannot possibly be victims of racism), children can choose their gender, and babies should be aborted up to a week AFTER birth, also claim that female is a social construct. It is not just a destructive idea; it is an abomination that is further destroying our nation. Dr. David Black, founder of 2ndVote, said, “Our culture has emasculated men for the past 40 years and now the radical liberal culture is trying to cancel women completely.” It’s time we fight back to protect the sanctity of women, men, and children. 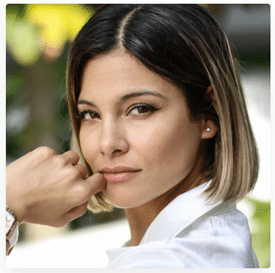 As far back as “the beginning” (Genesis chapter 1:27), we have had knowledge of the basic design of mankind: “So God created man in his own image, in the image of God created he him; male and female created he them.” For those

of us who believe, that settled the science. For those that do not believe, the science would prove gender as male and female all the way back to the most ancient artifacts one could uncover. Instead, body dysmorphia and related psychological disorders – often encouraged as “normal” by the left – are creating confusion and societal problems across the nation.

Mr. Srulovics recently appeared on Fox News to explain the problem. He says we are being forced to accept only one perspective, sacrificing diversity of thought. If that Orwellian slant isn’t scary enough, we need to realize that they are actively and aggressively trying to teach this to our children in schools, online, and on television. Thankfully, we know the truth. We know that womanhood is not re-definable. Women are truly a wonderful and beautiful part of mankind. Women are those that were born physically, chemically, biologically, and emotionally female. The science was settled when God made it so. This moving video, produced by Egard Watches, paints the picture a little more clearly.