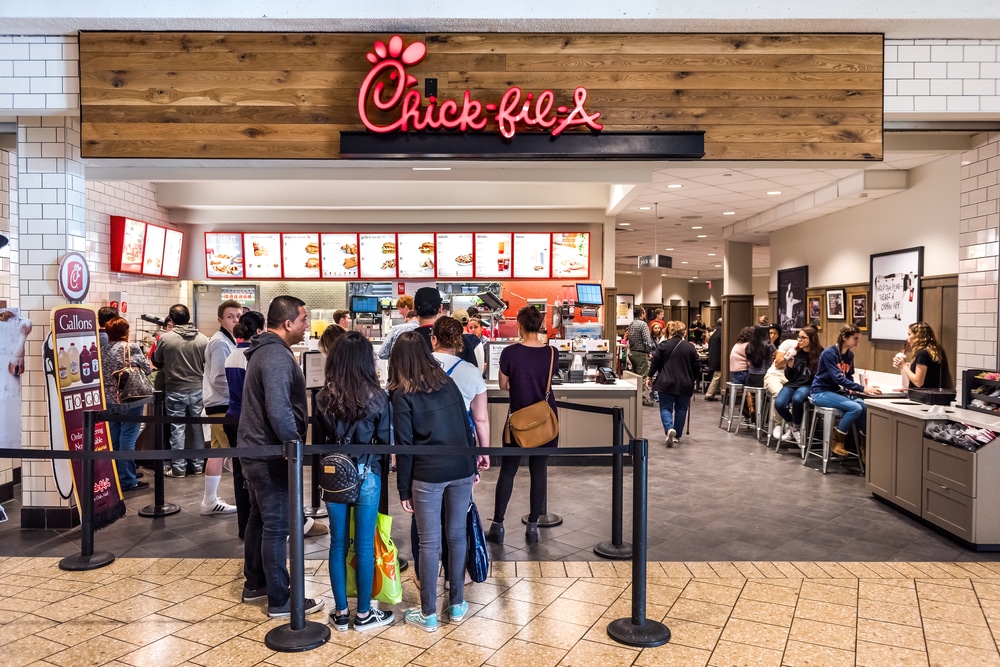 Remember how woke and intolerant of traditional Christian values young people are supposed to be? A new survey shows that a plurality of upper-income and middle-income American teenagers prefer Chick-fil-A over Starbucks (and every other restaurant).

According to Piper Jaffray’s semi-annual “Taking Stock With Teens” survey, teenagers from homes with an average income of of $68,000 prefer Chick-fil-A to Starbucks for the first time since 2011.

The study found that 12 percent of such teens preferred Chick-fil-A compared to the 10 percent who still preferred Starbucks.

The study surveyed 8,600 teens living in homes with average household incomes of $68,000.

This is the second top spot for Chick-fil-A in this survey:

Among teens from more wealthy homes, Chick-fil-A retained the top spot after beating out Starbucks in the survey’s last edition in April, Business Insider reported. Chipotle, McDonald’s and Dunkin’ took third, fourth and fifth places in the upper-income category, respectively.

And it’s just one of the many surveys showing that Chick-fil-A’s Christian values include serving its customers exactly what they want:

The study’s findings mark yet another (chicken) feather Chick-fil-A’s cap, after the American Customer Satisfaction Index found it to be the nation’s favorite fast-food restaurant for the third year in a row.

Finally, in perhaps the greatest irony for companies like Starbucks which increasingly seem to think only liberal customers’ values matter, Chick-fil-A’s popularity appears to be growing:

Restaurant Business Online further notes that, despite topping the Piper Jaffray survey in both average- and upper-income categories, Chick-fil-A wasn’t listed among either group’s top five favorite restaurants in 2010.

Left-wing supporters of Starbucks will probably argue that Chick-fil-A’s top status in this group is simply because of dedication among religious customers. However, Generation Z has the lowest rate of self-described Christians and the highest rate of self-described atheists, according to The Barna Group. The famously Christian Chick-fil-A should be less popular than it was in 2010, especially among those in higher-income households — Starbucks’ target audience is almost exclusively those who have discretionary income to spend on expensive coffee and pastries.

The fact is that Starbucks continues to focus on left-wing political activism, which alienates many of their potential customers. Meanwhile, Chick-fil-A’s focus on good food, great service, and being on the forefront of new ideas and concepts is producing results.

Help us continue creating content like this and educating conservative shoppers by becoming a 2ndVote Member today!