Starbucks Just Admitted That Listening To Customers Is Good For Business 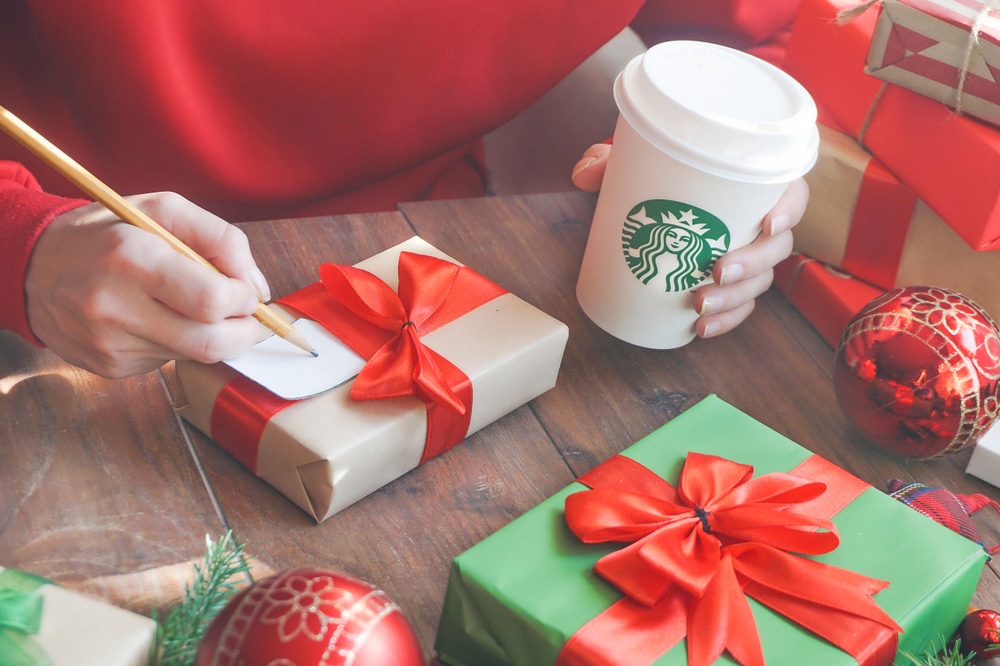 2ndVote shoppers are rarely fans of Starbucks. The international coffee chain always finds a way to be on the leading edge of left-wing hysterics. Its ranking with 2ndVote is abysmal.

However, while we want to use our dollars wisely, we are constantly encouraging companies to reverse course, and we pay close attention to new signs of change. As of this week, it appears Starbucks may be (for once) listening to its customers! Via Fox News:

“Our customers have told us that the return of Starbucks holiday cups and beverages are a signal the season is upon us,” said Kristy Cameron of Starbucks’ creative team, per a news release. “We hope they feel the holiday magic that only Starbucks can create during this special time of year.”

This year’s “retro” cups are said to be inspired by the company’s “own story” and “heritage,” per the release. For example, the “Stargyle” cup incorporates the stars seen in the Starbucks Siren’s crown, while the “Stripes” cup features a design mimicking the seam on a back of Starbucks coffee.

But, we found a particularly interesting admission from Starbuck’s COO:

“We listened to our customers,” said Roz Brewer, Starbucks’ chief operating officer. They said they “loved the tradition of Christmas,” she added. Starbucks (SBUX) figured out what customers wanted in a few different ways, Brewer said.

Employees asked for feedback and comments in person, and the company gathered information about preferences through its digital platforms like the mobile app.

With so many corporations ditching “Christmas” themes for “holiday” — case in point is the CNN article, which is chock-full of this particular form of political correctness — this affirms something we’ve known for a long time: consumers are not offended by Christmas. In fact, consumers want MORE Christmas! And why not? The birth of Jesus is the reason for the season and it appear Starbucks may be understanding Americans want to see those traditional concepts and values.

Now, Starbucks still has a long way to go to distance itself as being a mouthpiece for the left. But in traditional 2ndVote fashion, we applaud Starbucks for doing the right thing. We’re going to continue holding them accountable for all that they do wrong, but now we know there’s even the smallest hope that Starbucks will once again focus on serving customers.

Be sure to reach out to Starbucks to not only encourage more Christmas celebration, but also remind them that conservatives want to do business with companies that stay neutral on the issues:

Help us continue providing resources like this and educating conservative shoppers by becoming a 2ndVote Member today!